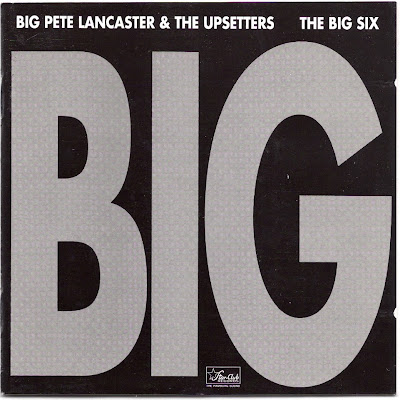 Peter Lampert-Lancaster was born on June 23, 1946 in Wiesbaden as Sinto, and for that reason alone he had music in his blood. His guardian was the musician Sylvester Lampert (†), and he was related to Django Reinhardt. Peter was infected with the bacillus of the musician very early on, and he should not let go of him for the rest of his life. He was considered a music obsession. Pete Lancaster: "I started teaching at the Elizabeth Gail College of Music at the age of seven, and later received lessons at the Mainz Conservatory." In the 1960s he continued his music studies in London, then in the United States. He eventually graduated from the University of Berkeley, which allowed him to hold the title of Doctor of Jazz.

When Lambert's musical activities were initially limited to the closer family circle, he soon discovered his love for black music: soul and jazz, Ray Charles and Errol Garner. He was said to have been a big Elvis fan, but he never had Elvis on the program. Pete Lancaster: "I only sang 'Are You Lonesome Tonight' once, on deposits or as a gag." But "Elvis" was called, and it can still happen today when he strolls down the street in Wiesbaden that a car window is rolled down and someone calls: "Well, Elvis, how are you?" He just looked like the King.

Young Peter couldn't be kept in the house, he wanted to make music, sniff the air on the stage, watch other musicians. In 1960, Pete was 13, the carousel started to spin. He first played a few times with the Indo band The Crazy Rockers before his mother brought the runaway home again. The Tielman Brothers had got wind of the qualities of this youngster, who had barely outgrown communion suits, and tried to hire 15-year-old Peter as a permanent pianist. Pete Lancaster: "It was clear that I could not be kept away from professional music. As an amateur I was already playing with Glenn Barry & The Thunderbirds in the City Bar, Wiesbaden at the time. Now the Tielman Brothers were sitting at home with us Coffee table around, and they were on their knees to change my mother's mind. " But the brothers were considered too untrustworthy because too many stories about women and half-silk business had been spread.

Only when the Revue owner Roman 'Romano' Gold approached the mother did she give in. Guardian Sylvester gave his approval for the commitment of the underage boy: "Take care of the boy!" 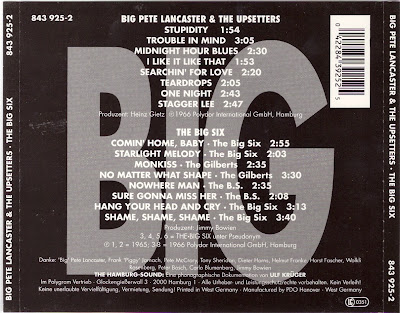