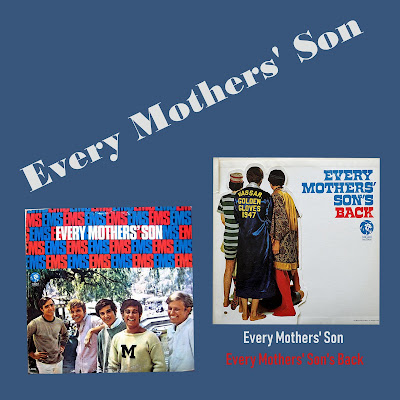 A pop group from New York City, Every Mother's Son enjoyed a brief fling with fame thanks to their 1967 hit "Come On Down to My Boat." Every Mother's Son was formed by lead singer and guitarist Larry Larden, a veteran of New York's folk music scene, and his younger brother Dennis Larden, who played the coffeehouse circuit with Larry before joining Every Mother's Son as lead guitarist. The Larden Brothers teamed up with Bruce Milner on keyboards, Schuyler Larsen on bass, and Christopher Augustine on drums, and the band's lineup was complete. Every Mother's Son was signed to MGM Records, who made the most of the band's clean-cut image and friendly sound in their publicity for the group; they also gave the band a tune written by Wes Farrell and Jerry Goldstein that had been a flop for the Rare Breed, but "Come On Down to My Boat" (originally titled "Come and Take a Ride in My Boat") was a hit after Every Mother's Son got their hands on it, becoming a favorite on radio and rising to number six on the Billboard singles charts. The group made the rounds of television variety shows and even filmed a guest appearance for the popular espionage series The Man from U.N.C.L.E. (it was probably a coincidence that the show was produced by MGM's television branch). A full-length album, simply titled Every Mother's Son, was released in the summer of 1967, featuring "Come On Down to My Boat," along with ten original tunes from Dennis Larden (one of which was co-written with Bruce Milner). Later the same year, a second LP, Every Mother's Son's Back, had arrived in stores; by this time, Schuyler Larsen had left the band, and Don Kerr became their new bassist. Three singles were released from the sophomore album, but none broke the Top 40, and in 1968, Every Mother's Son called it a day. Dennis Larden went on to join Rick Nelson's Stone Canyon Band, and Christopher Augustine later recorded with Rick Derringer. Every Mother's Son's MGM catalog was reissued in 2012 by Now Sounds Records on the compilation Come On Down: The Complete MGM Recordings. 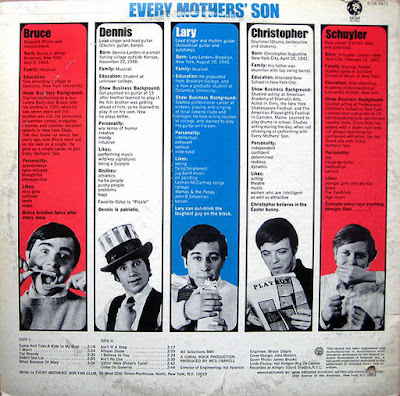 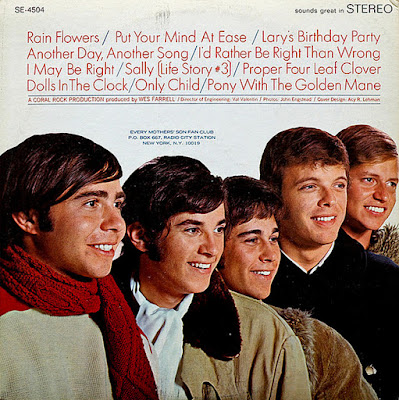