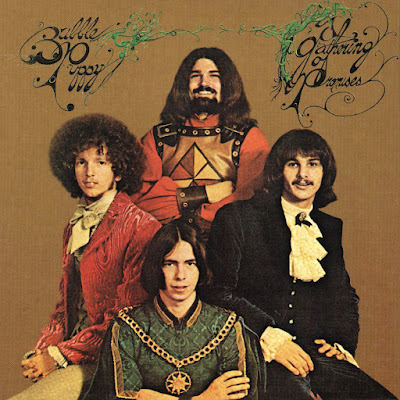 Looking to form a "top gun rock band" based on the concept of dual lead guitars, a staple of southern rock that was highly unusual on the psychedelic music scene, Prince and Cox recruited Todd Potter; a gymnast, saxophone player and guitarist. With the addition of Danny Segovia, the original line up of Bubble Puppy was complete. The name "Bubble Puppy" was taken from "Centrifugal Bumble-Puppy", a fictitious children's game in Aldous Huxley's Brave New World. Bubble Puppy's live debut was as the opening act for The Who in San Antonio.

After several line-up changes, the final roster for Bubble Puppy settled at Rod Prince and Todd Potter on lead guitars, Roy Cox on bass guitar and David "Fuzzy" Fore on drums. In 1967, Bubble Puppy moved to Austin, Texas and signed a recording contract with Houston-based International Artists, home to the 13th Floor Elevators and the Red Krayola.

Bubble Puppy scored a Top-20 U.S. hit in 1969 with their single, "Hot Smoke & Sasafrass". The name was a misheard line lifted from an episode of "The Beverly Hillbillies". The single peaked at number 14 on the Billboard 100. The song was also covered internationally, by The Mooche in the UK.

In 1969, Bubble Puppy released their only full-length album, A Gathering of Promises. However, despite Bubble Puppy's early success with the "Hot Smoke & Sasafrass" single, they experienced numerous conflicts with International Artists, and parted ways with the label in 1970.

Signing Nick St. Nicholas of Steppenwolf as a manager, Bubble Puppy moved to Los Angeles. Their name was changed to Demian (9) (after Herman Hesse's 1919 novel, at the suggestion of their manager's wife); this was to avoid contractual difficulties with their previous record company but also because the former name appeared to link them with Bubblegum music.

The group signed to ABC-Dunhill Records and released one self-titled album in 1971, but its failure to perform on the charts led to financial difficulties with the label and, in 1972, the group split up.

The members of Bubble Puppy continued to be active in the music industry after the band's demise. Potter and Prince played with Sirius (13) through the late 1970s, and Fore drummed with the Texas punk rock band, D-Day, co-writing their cult hit, "Too Young to Date".

In 1984, the original Bubble Puppy lineup reunited for performances and recordings, released as the LP, Wheels Go Round.

Roy Cox founded The Blues Knights and issued a CD entitled "Before I Go" in 1999. He formed the NYC Outlaws in September 2007 in New York City, along with Tony Saracene on guitar, Dan Curley on guitar, Cody Willard on guitar, Evan Hammer on bass and Billy Brooks on drums. 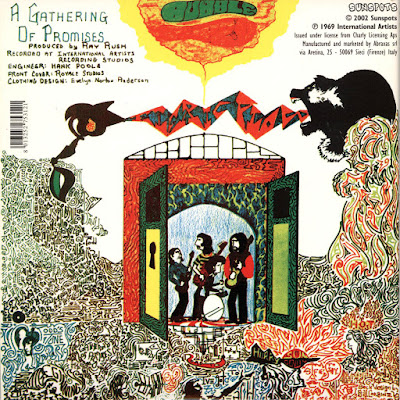