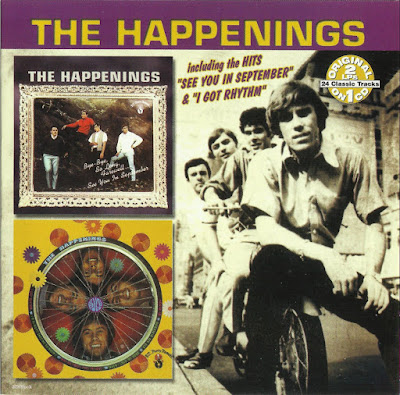 The '60s pop outfit the Happenings enjoyed a three-year run of several hit singles late in the decade. Formed in 1961 in Patterson, NJ, the group has seen their lineup change from time to time, but founding member/lead singer Bob Miranda has been a constant member through it all. Soon after, the Happenings began scoring hit singles, including such number ones as "See You in September" and "I Got Rhythm," as well as other moderate hits ("Go Away Little Girl," "My Mammy," and "Girl on a Swing," among others). In addition to their singles, the Happenings issued several full-length recordings, including 1966's self-titled debut, 1967's Psycle, and 1969's Piece of Mind, performed on such popular TV shows as The Tonight Show With Johnny Carson, The Smothers Brothers Show, and The Merv Griffin Show, and shared the concert stage alongside such notables as the Beach Boys, Roy Orbison, Joan Rivers, John Denver, the Drifters, and the Kingston Trio, among others. In the '90s, Miranda formed a new version of the Happenings, playing out live alongside members Bob Kulik and George Rizzi.
1966 The Happenings: 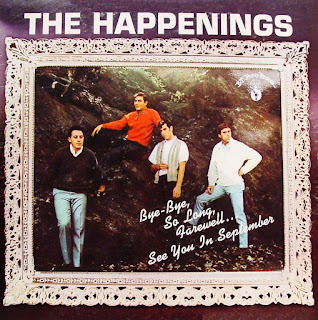 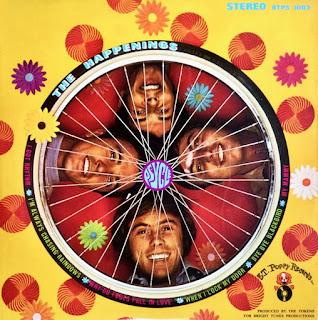 13. I Got Rhythm (George Gershwin, Ira Gershwin) - 2:58
14. Why Do Fools Fall in Love (Morris Levy, Fred Lyman, Frank Lymon) - 2:49
15. That Cold Feeling (Hank Medress) - 2:29
16. Down, Down, Down (Dave Libert, Robert Miranda, Neil Young) - 2:32
17. Growing Old (Lord, I Must Be Growin' Old) (Dave Libert, Robert Miranda) - 3:23
18. I Believe in Nothing (Hank Medress) - 2:39
19. My Mammy (Walter Donaldson, Sam M. Lewis, Joe Young) - 2:58
20. When I Lock My Door (Hank Medress) - 2:38
21. I'm Always Chasing Rainbows (Harry Carroll, Joseph McCarthy) - 2:37
22. When the Summer Is Through (Hank Medress) - 2:33
23. Every Year About This Time (Dave Libert, Robert Miranda) - 2:28
24. Bye Bye Blackbird (Mort Dixon, Ray Henderson) - 3:05
The Tokens' distinctive style on their own hits from the early '60s as well as the time of this recording five years on paved the way for the Happenings' rich and exciting vocal sound. Their rendition of the Gershwins' "I Got Rhythm" is stunning pop filled with voices that gloriously battle the instrumentation. They take the opening track on with a vengeance that arguably upstages their first hit, "See You in September." Recorded for the Tokens' B.T. Puppy Records label, the extensive liner notes by Hal Halverstadt give some history but also confuse. He states that the album is called Psycle because the group can take "a 40-year old standard such as "Bye, Bye Blackbird"...treated as an up-to-date riot." Well, it isn't exactly an "up-to-date riot," but the arrangements and harmonies throughout the album are impeccable. Frankie Lyman's "Why Do Fools Fall in Love" is another winner, a dynamic take on the pop classic. Half of the Happenings, Bob Miranda and Dave Libert, pen three tunes, including the highly suggestive double entendre "Down, Down, Down." Had only Janis Joplin thought of it for a follow-up to "Down on Me." The two are not bad composers, and their three titles are equaled by contributions from their producers, brothers Mitch Margo and Phil Margo, along with Jay Siegel and Hank Medress. It's the songs by the four Tokens, however, which have more drive, with "I Believe in Nothing" in the same style as "I Got Rhythm. The dynamic between the protégés and the producers is interesting. The Tokens even add a bit of "See You in September" to their "When the Summer Is Through," and one can feel the serious nature of this project, which was aimed at a specific audience, as was the much lighter Candida album for Dawn, which this same crew developed three years after this. The Top 15 "My Mammy," the 1920s Al Jolson signature tune, leads off side two. It was the last of this group's four hits, but has that appealing sound that should have made for more chart action. Halverstadt falsely claims the music on Psycle "embraces "the Psycle" of modern musical style -- from jazz to hard rock to R&B." You won't hear any hard rock on this LP, just sublime barbershop quartet harmonies on songs like "I'm Always Chasing Rainbows," which is exactly the opposite of what the faces-in-a-bicycle-wheel psychedelic cover promises. 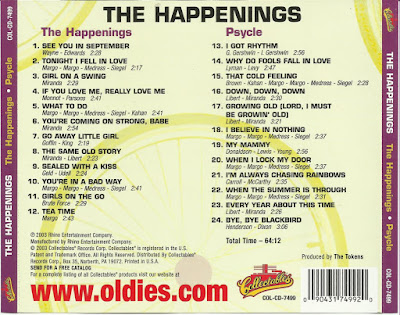