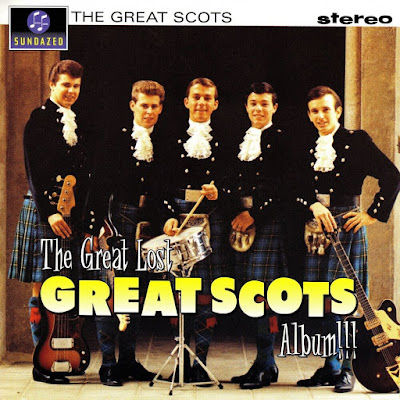 Canadian group from Nova Scotia. The group began officially in 1963 as the Shadows, changing their name to the Beavers (all wearing Mohawk haircuts) the following year and finally becoming the Great Scots by December 1964. The original lineup consisted of guitarist Bill Schnare, singer Rick McNeil, bassist Dave Isnor, drummer Gerry Archer and guitarist Wayne Forrest. Hailed in the Canadian press as "Canada's answer to the Beatles," the group flew down to California in 1965, looking for bigger horizons to conquer. Working out of Hollywood during that time period, the group capitalized on their Scottish heritage and wore Nova Scotian tartan kilts onstage, causing quite a stir everywhere they played. Hooking up with producer (and Challengers drummer) Richard Delvey, the Scots hit the charts with "Run For Your Life," "The Light Hurts My Eyes" and "Miracle Worker," also issuing sides under the name Free For All. 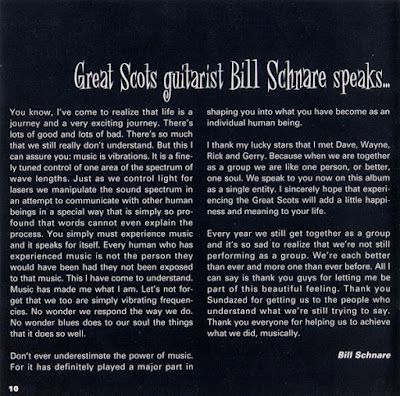 BAND MEMBERS:
Gerry Archer (Drums)
Dave Isner (Bass)
Bill Schnare (Lead Guitar, Harmony Vocals)
Rick McNeil (Lead Vocals in The Great Scots)
Doug Billard (Lead Vocals in The Beavers)
Wayne Forrest (Rhythm Guitar)
BIOGRAPHY:
Band was formed in 1962 and was initially known as The Beavers. Well known in Canada for their gimmick matching "Mohawk" haircuts. In December 1964, band traveled to New York City to meet with Columbia Records and their manager suggested a name change. It was decided that they should all wear Scottish kilts on stage as a new gimmick to draw attention to the band. (Their hair had grown out by now.) Released three singles for Epic Records during 1965 and appeared on several US television shows "Shindig!", "American Bandstand", "Where The Action Is", etc. Band then signed with Triumph Records in 1966 and issued two singles as "The Great Scots" and one as "The Free-For-All" on Challenge Records. The idea of releasing a single under a different name was an attempt to get airplay at stations that weren' t playing The Great Scots - the one-off single was more R&B oriented than their usual British Invasion fare. At this time the band performed primarily in Canada and the southwestern United States. While working on their first album in October 1966, the US armed forces drafted the band's bass player and the LP was never completed. Although a Canadian citizen, he had been working with a permanent visa which left him susceptible to the military draft.
The members still live close to each other and reunite regularly. In 1997, Sundazed Records issued a CD compilation of tracks recorded in 1966, including the Triumph singles and several unissued tracks intended for the first album. The Beat Rocket/Sundazed label also issued a vinyl compilation in the same year titled "Arrive!" which included some of the band's 1965 Epic efforts.
http://nsclassicrock.mysite.com/greatscots.html 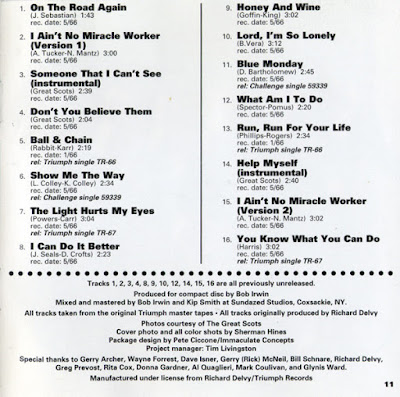 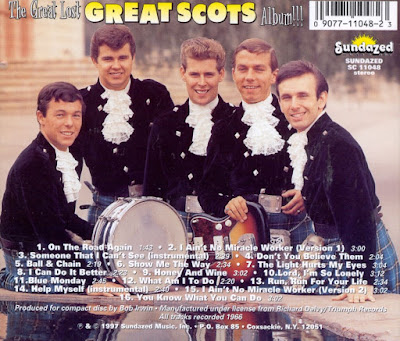 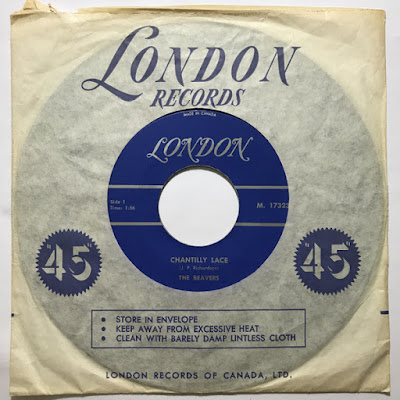 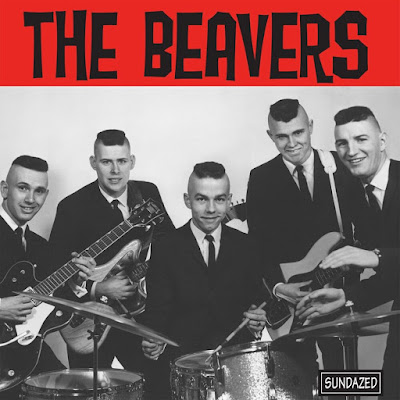 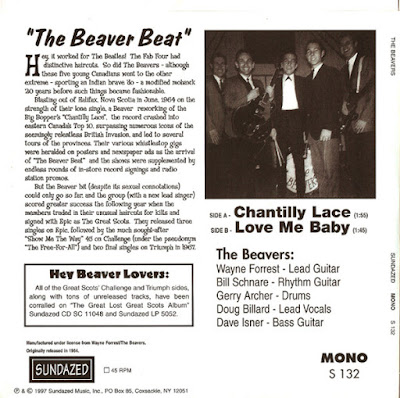