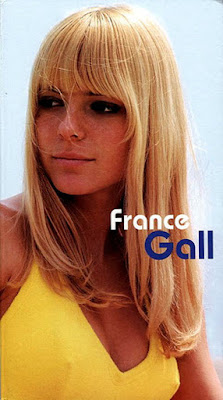 France Gall: Intégrale Philips - 1963-1968 (2001)
Great France Gall collection with all of her Philips EP's, singles, and album tracks.
The essential 1960s collection for those who really like her. 74 titles, everything she recorded 1963 to 1968.
This is it. The best possible starting place for anyone who wants to explore the French ye-ye scene of the '60s in any depth. Although Francoise Hardy and Serge Gainsbourg are better known to non-Francophone audiences, both are simply too idiosyncratic to really give any sense of the style by themselves. Pretty, pert and spunky, the teenage France Gall is the definitive ye-ye singer, and this impressive box set containing virtually everything she recorded during those years (72 songs in all) is the perfect encapsulation of her charms. Like many pop singers of her era, no matter what their nationality, Gall does not have a particularly great voice in a technical sense; it's high, a little breathy and a little weedy. But she maximized her strengths (a cheerful exuberance, and a most effective poutily flirty lower register heard to best effect on jazz-tinged numbers like ‘Pense a Moi’ and ‘Bebe Requin’) and hid her weaknesses enough that even when she was slightly out of her depth, she got by on sheer attitude. The songs are primarily a strong lot, unsurprising considering that Gall's father, Roger Gall (a talented performer/producer who had previously worked with Charles Aznavour), and family friend Gainsbourg wrote most of her hits, including the 1965 Eurovision Song Contest winner ‘Poupee de Cire, Poupee de Son,’ ‘Ne Sois pas Si Bete,’ the brassy ‘Baby Pop,’ the ‘Peter Gunn’-inspired ‘Laisse Tomber des Filles’, and the controversial hits ‘Les Sucettes’ and ‘Teenie Weenie Boppie.’ Those last two Gainsbourg-penned songs, a thinly-disguised ode to the joys of oral sex and a bizarre story about a deadly LSD trip, are proof that there's more going on here than bubblegum. Not that there's not bubblegum here too, especially on the cheesy ‘L'Amerique’ and the kiddie tune ‘Sacre Charlemagne,’ a duet between a then 16-year-old Gall and a pair of puppets from a French children's TV show. However, France Gall's music is far better than her reputation in some circles might suggest and, as far as I am concerned, she truly is a national treasure of France. http://www.allmusic.com/ 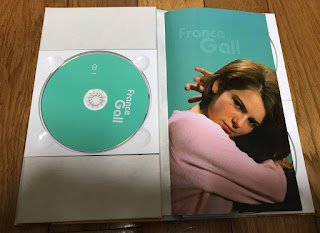 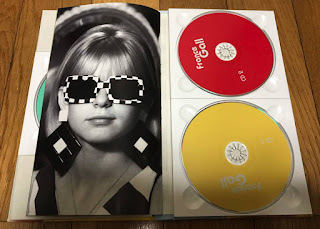 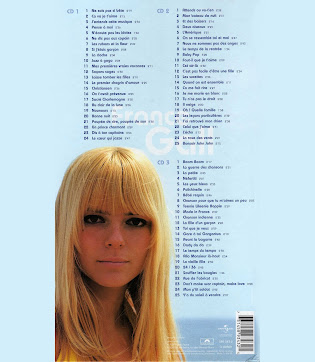