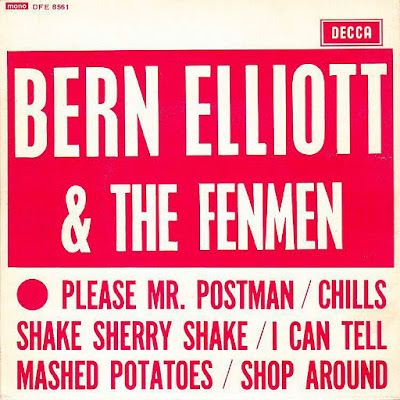 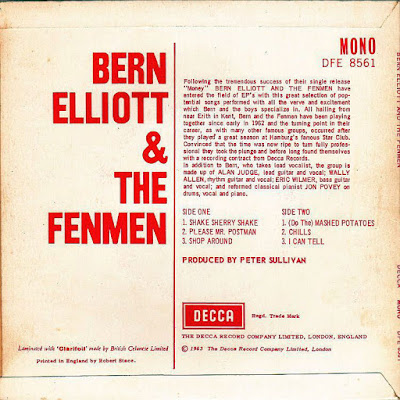 Bern Elliott and the Fenmen formed in Kent in 1961, and performed over the next two years in clubs in Hamburg, Germany, before being signed to a recording contract with Decca in early 1963. "Money" was released by several artists at the time, but Bern Elliott and the Fenmen were unique as a group in registering a UK Singles Chart Top 20 hit in December 1963. Elliot and the Fenmen's Merseybeat style belied their southern England roots. However, they did appear on the 13 March 1964 episode of the UK television programme, Ready Steady Go!, playing their follow-up hit, "New Orleans".

In May 1964, Elliot parted company with The Fenmen, and utilised The Klan for a short time as his backing group on one release "Good Times" / "What Do You Want With My Baby" on Decca F11970, which was released on 4 September 1964. The following year two further solo efforts, "Guess Who" and "Voodoo Woman", also failed to chart. The Fenmen continued, issuing further efforts both for Decca and CBS, including "I've Got Everything You Need, Babe" (1965) and "Rejected" (1966).

"On the BBC, there's a little musical clip that comes on. I think the song's called 'I've Got Everything You Need, Babe.' There's a new version of it right now but, beforehand, when it was originally there, I heard this solo and I said, 'My goodness, that's me!' So I tracked it down and it was Bern Elliott and the Fenmen. So I must have done this session, because it's me, without a shadow of a doubt. I wouldn't have remembered if I did a solo, let alone a song or what was on the session – they were coming fast and furious. You didn't know who you were going in with."

After the Fenmen themselves disbanded, Wally Allen (aka Wally Waller) and Jon Povey moved on to The Pretty Things.

"Money" later reached the UK Singles Chart in versions by The Flying Lizards (1979) and The Backbeat Band (1994).