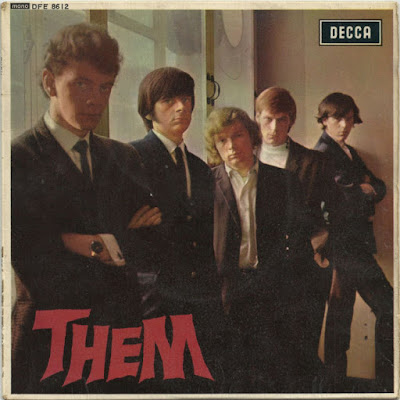 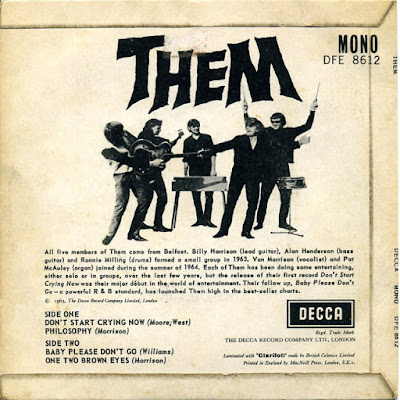 Them were a Northern Irish showband formed in Belfast in April 1964, most prominently known for the garage rock standard "Gloria" and launching singer Van Morrison's musical career. The original five member band consisted of Morrison, Alan Henderson, Ronnie Milling, Billy Harrison and Eric Wrixon. The group was marketed in the United States as part of the British Invasion.

Morrison quit the band in 1966 and went on to a successful career as a solo artist. Despite their relatively few hit singles, the Belfast group had considerable influence on other bands, such as the Doors. Billy Harrison reformed a version of THEM in 2012 with Mike Wilgar on Harmonica and sharing the vocals. They performed at some festivals 2012-2013.