The Wailers ‎– Walk Thru The People 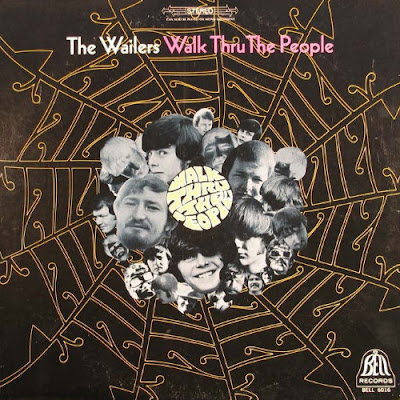 Formed late 50's, active till late 60's
Considered one of the hottest rock bands to emerge from the Pacific Northwest. In 1959, when they were still in high school, they were signed to Golden Crest, their song "Tall Cool One" peaked the national charts at #36, and they appeared on such television shows as the Alan Freed Show and Dick Clark (2)'s American Bandstand.
At the time, John Greek (2) was considered the leader of the Wailers, having founded the band in 1957 with a few other kids whose parents were stationed at the McCord Air Force base in Tacoma, Washington. One year later in 1960, some tension grew to an ugly head within the band, and John Greek (2) left the Wailers. Taking his place was Buck Ormsby, a bassist who originally played with Little Bill And The Bluenotes. Together with Kent Morrill, these two Wailers created Etiquette Records (2) as a means to release their own material. Their very first record was a 45 single of "Louis Louie" by Rockin' Robin Roberts, another member of the Wailers that was initially a member of Little Bill And The Bluenotes. This particular single, which came out in 1961, was considered the archetypal recording that inspired the Kingsmen, Paul Revere & The Raiders and hundreds, if not thousands of other rock bands from the Pacific Northwest to perform the iconic song.
John Greek , the man who started the band, was for the most part forgotten by the music industry. He did a few other musical ventures, including some recording with Gary Paxton, some session work with the The Fifth Dimension, but for the most part, he lived in obscurity, rarely to be heard from again. 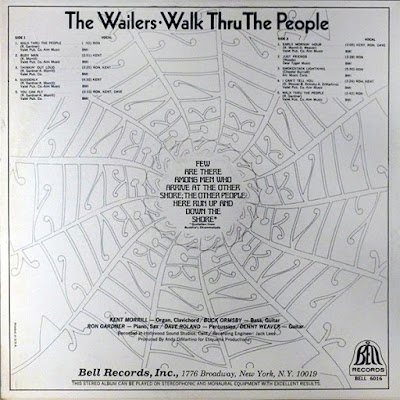