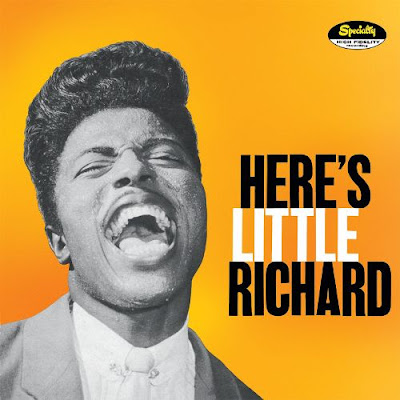 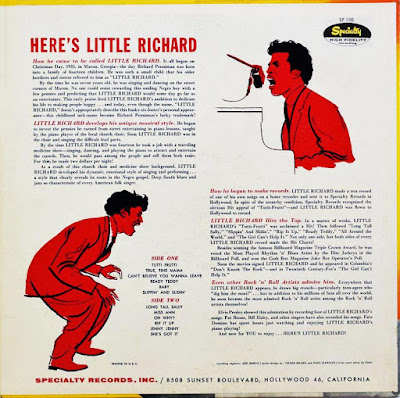 Debut Album
Little Richard had been making records for four years before he rolled into Cosimo Matassa's J&M Studio in New Orleans and cut the epochal "Tutti Frutti" in the fall of 1955, but everything else he'd done -- and much of what others had recorded -- faded into insignificance when Richard wailed "A wop bop a loo mop a lomp bomp bomp" and kicked off one of the first great wailers in rock history. In retrospect, Little Richard's style doesn't seem so strikingly innovative as captured in 1956's Here's Little Richard -- his boogie-woogie piano stylings weren't all that different from what Fats Domino had been laying down since 1949, and his band pumped out the New Orleans backbeat that would define the Crescent City's R&B for the next two decades, albeit with precision and plenty of groove. But what set Richard apart was his willingness to ramp up the tempos and turn the outrage meter up to ten; "Tutti Frutti," "Rip It Up," and "Jenny Jenny" still sound outrageous a half-century after they were waxed, and it's difficult but intriguing to imagine how people must have reacted to Little Richard at a time when African-American performers were expected to be polite, and the notion of a gay man venturing out of the closet simply didn't exist (Richard's songs were thoroughly heterosexual on the surface, but the nudge and wink of "Tutti Frutti" and "Baby" is faint but visible, and his bop threads, mile-high process, and eye makeup clearly categorized him as someone "different"). These 12 tunes may not represent the alpha and omega of Little Richard's best music, but every song is a classic and unlike many of his peers, time has refused to render this first album quaint -- Richard's grainy scream remains one of the great sounds in rock & roll history, and the thunder of his piano and the frantic wail of the band is still the glorious call of a Friday night with pay in the pocket and trouble in mind. Brilliant stuff.