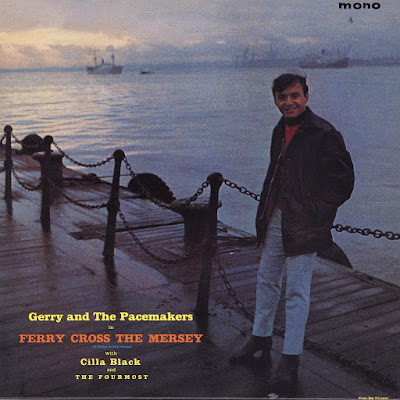 "Ferry Cross the Mersey" (sometimes written Ferry 'Cross the Mersey) is a song written by Gerry Marsden. It was first recorded by his band Gerry and the Pacemakers and released in late 1964 in the UK and in 1965 in the United States. It was a hit on both sides of the Atlantic, reaching number six in the United States and number eight in the UK. The song is from the film of the same name and was released on its soundtrack album. In the mid-1990s a musical theatre production also titled Ferry Cross the Mersey related Gerry Marsden's Merseybeat days; it premiered in Liverpool and played in the UK, Australia, and Canada.


Ferry Cross the Mersey is the soundtrack for the film of the same title. It features music by Gerry & The Pacemakers, The Fourmost, Cilla Black and the George Martin Orchestra. 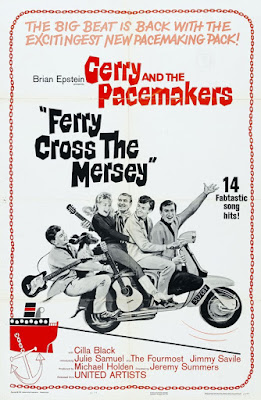 It was released in 1965 on the Columbia label (Great Britain). It contained the singles "It's Gonna Be Alright" (previously released August 1964) and "Ferry Cross the Mersey" (released December 1964 as a teaser for the film).

Gerry and The Pacemakers 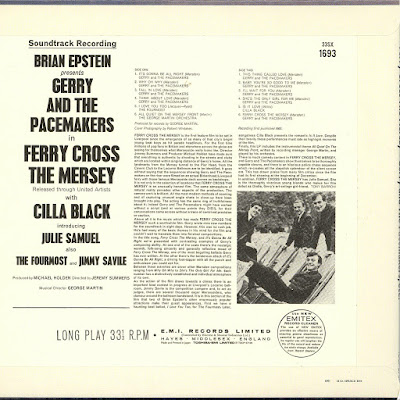 Track listing :
All tracks composed by Gerry Marsden; except where indicated

Side 1
"It's Gonna Be Alright"
"Why Oh Why?"
"Fall in Love"
"Think About Love"
"I Love You Too" (Jacques, Ryan) (The Fourmost)
"All Quiet on the Mersey Front" (instrumental) (George Martin) (George Martin Orchestra)
Side 2
"This Thing Called Love"
"Baby You're So Good to Me"
"I'll Wait for You"
"She's the Only Girl for Me"
"Is it Love?" (Bobby Willis) (Cilla Black)
"Ferry Cross the Mersey"