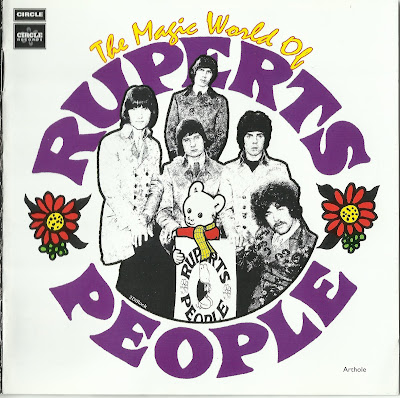 You'd think compilers would be hard-pressed to squeeze an entire reissue CD out of an obscure non-hit '60s band that had only three singles. This compilation does an admirable job of fleshing out the Rupert's People story to album-length size, though, including both sides of all three U.K. 45s released under the band's name; both sides of the 1967 single by Sweet Feeling, who would evolve into the most significant iteration of Rupert's People; an unreleased late-'60s acetate; three live cuts from 1969; and four live songs from a 1999 reunion gig. It all comes with a teeny-print 16-page booklet detailing the extremely confusing history of the band, which on its most famous single ("Reflections of Charles Brown"/"Hold On") had an entirely different lineup than the one that played on its other releases. Rupert's People were a second-level British "freakbeat" band, that is, combining psychedelia with British Invasion-styled mod pop. But they were a decent one, approximating a Procol Harum-type sound with "Reflections of Charles Brown," storming soul-psychedelia on "Hold On," and fairy tale psychedelia on "A Prologue to a Magic World" that managed to be charmingly twee instead of embarrassingly twee. The big discovery is the B-side of the Sweet Feeling single, "Charles Brown," which has some lyrical and musical ideas that were reconfigured for the far more famed "Reflections of Charles Brown." "Charles Brown," however, was quite different in its downright ominous, spooky vibe, spotlighting some of the most creative use of backwards effects to be heard in rock up to that point. The 1969 live cuts (including an unmemorable cover of the Rolling Stones' "You Can't Always Get What You Want") boast a heavier rock sound and aren't too good either musically or fidelity-wise, though "Reflecting" has a neat extended jazzy keyboard-dominated section reminiscent of early Soft Machine. The four 1999 reunion cuts are dispensable, but as they're placed at the end of the CD, they can easily be ignored. 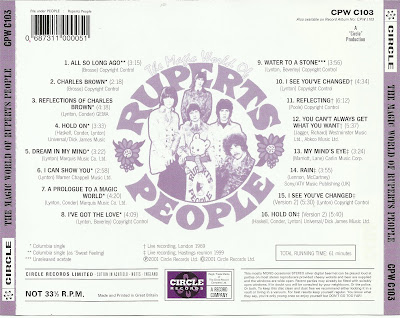