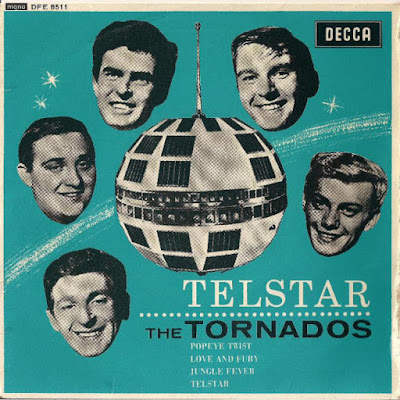 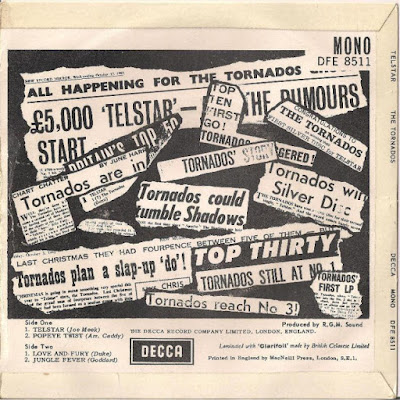 It happens so rarely, but it does happen. Genuine experimental-music madmen, working as pop-music producers, find sounds that capture the collective imagination, and they take those sounds all the way to #1. Lee Hazlewood did it. Giorgio Moroder did it. Timbaland did it. Maybe Pharrell and Metro Boomin belongs in that lineage, too. But before any of them, there was Joe Meek, an absolute visionary who also turned out to be a dangerously depressed murderer.

During the pre-Beatles era, Meek found his calling by making strange, damaged pop songs like John Leyton’s “Johnny Remember Me” and the Honeycombs’ “Have I The Right,” two beautiful curiosities that topped the singles charts in the UK. For many of those productions, Meek used an in-studio band called the Tornados. And in 1962, inspired by the launch of an AT&T communications satellite, Meek recorded the Tornados playing “Telstar,” an instrumental that he’d written, which topped charts on both sides of the Atlantic a full year before the Beatles would repeat the same feat.
“Telstar” is an early example of pop-music sci-fi, and it’s the starry-eyed optimistic sci-fi of those early space-race years. It’s all whooshes and tinkles, everything in service of a tingly melody that somehow recalls both the Star Trek theme and the alien-spaceship jingle of Close Encounters Of The Third Kind, despite predating both of them by years. The keyboard sound reaches out toward some imaginary, otherworldly utopia, and the beat quietly pounds behind it, making it all feel urgent. It sounds exciting, the way it might’ve once felt exciting to look up at the night sky and to imagine that, for the first time ever, there was a benign human presence there, keeping an eye on you, connecting you to the rest of the world. It’s a song that sounds in love with the potential of human achievement.

But despite all the optimism in the song, it wouldn’t bring anything good for Meek. The French composer Jean Ledrut sued Meek for plagiarism, alleging that Meek had stolen the “Telstar” melody from Ledrut’s score for the movie Austerlitz and tying Meek up in courts for years. Meek won that lawsuit, but not until he’d been dead for a year. Meek, it bears mentioning, suffered from serious depression, which might’ve been because he was a closeted gay man who’d been prosecuted and blackmailed. He was also a true eccentric who believed that he could communicate with the spirit of Buddy Holly. In 1967, on the eighth anniversary of Holly’s death, Meek used a shotgun, which he’d borrowed from former Tornados bassist Heinz Burt, to murder his landlady and to take his own life.

The lives of plenty of the people who make these songs turn out in dark ways, but none of them, as far as I know, have turned out darker than Meek’s. And yet a more stable person might not have had the brilliance to take these strange sounds and to turn them into something as beautiful as “Telstar.” It’s hard to even consider Meek’s aesthetic legacy when you think about how he died, and yet his aesthetic legacy is a thing to behold.