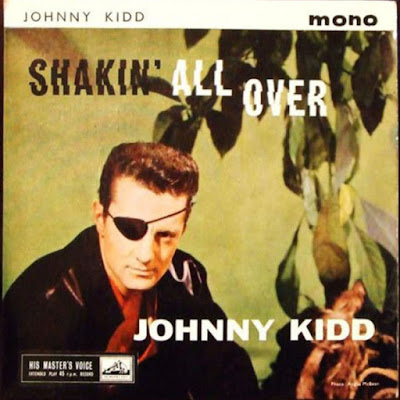 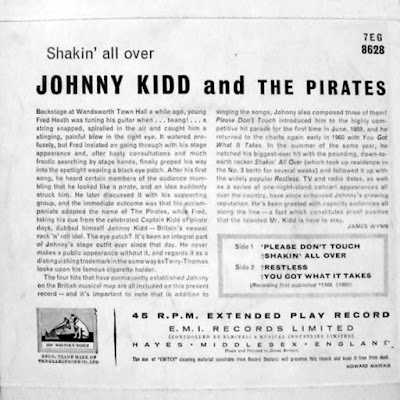 Johnny Kidd & the Pirates were an English rock and roll group led by singer/songwriter Johnny Kidd. They scored numerous hit songs from the late 1950s to the early 1960s, including "Shakin' All Over" and "Please Don't Touch", but their musical influence far outshines their chart performance.

Their stage act was theatrical including wearing full pirate costumes (complete with Kidd wearing an eye-patch and wielding a cutlass) which echoed some of their Rock 'n' Roll contemporaries like Screaming Lord Sutch & the Savages and Nero and the Gladiators. In a way, their approach anticipated and possibly inspired theatrical rockers of the 1970s such as Alice Cooper and David Bowie plus others.