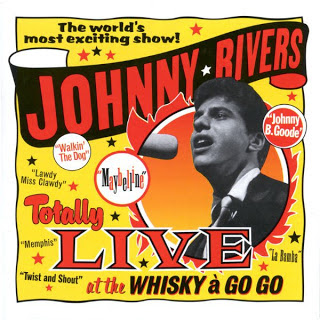 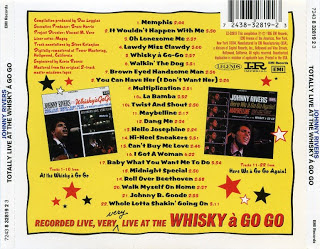 Johnny Rivers at the Whisky à Go Go (shown as "At Whisky-A-Go-Go" on the original label) is a live album and is the debut album from American rock and roll singer, songwriter and guitarist Johnny Rivers.

The album was released in February 1964, just as The Beatles and the British music invasion was getting into full swing. Rivers was asked to open the Whisky a Go Go nightclub in Los Angeles starting January 15, 1964 and during that run he recorded the album. With the help of producer Lou Adler, Johnny helped introduce the "Go Go sound" to rock and roll. The album reached #13 on Billboard's Pop Albums chart, (#12 on the Billboard 200) and became Johnny's first gold album. The album also gave Rivers his very first big hit, a cover version of Chuck Berry's 1959 hit "Memphis". Rivers's version went to #2 on Billboard's Pop Singles chart in the summer of 1964, and became his first gold single.