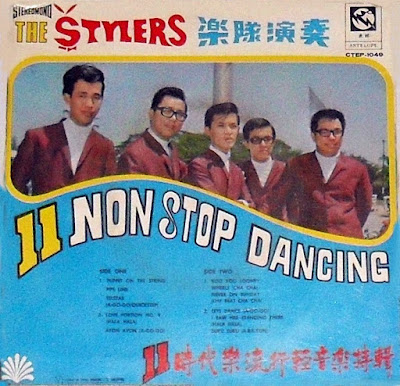 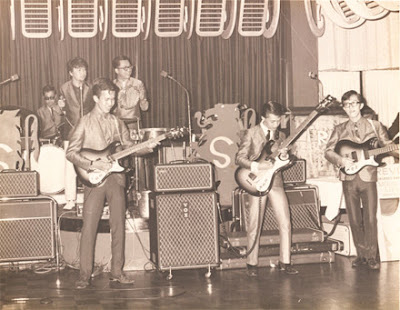 During the early 60s, The Shadows were one of the most popular instrumental groups among Singapore teenagers. Anyone who was capable enough to pick up a guitar and strum some musical chords would like to emulate themselves as The Shadows. That was also a boom period for local music with The Crescendos leading the charge towards stardom, followed by The Quests and others.

Among the thousands enthusiastic young lads who chased the dream of The Shadows were four teenagers from the East Coast of Singapore – Rahman, Frankie Abdullah, Idros and Randy Lee Keng. They teamed up as a band with 3 Guitarists and a Drummer and called themselves The Angels, managed by Randy’s Uncle. Rahman was on lead guitar, Frankie on bass, Randy on rhythm and Idros on drums. When Rahman left the group in 1962, John Teo replaced him on lead guitar and when Idros left, Osman came on as the group’s drummer. By then the group’s name has changed to The Rhythm Strikers. Most of their early days' practice sessions were held at Joo Chiat Terrace. While performing at one of the functions organized by Cathay Organization, the establishment’s manager, a Caucasian, suggested that the group take on another name change to The Stylers, since they were performing with a lot of style, commitment and showmanship on stage.

As the group gained more confidence over time with frequent practices and party gigs, they decided to participate in the Cliff Richard & The Shadows Contest organized by Shaw Organization in late 1962. To their own surprise, the group emerged as Runner-Up with The Shadows' greatest hit - Apache, 2nd to the eventual winners – The Stompers. Surprised was the feeling because there were much more established groups during that period. A group called The Trekkers came in third.

Following this success, the group was offered several contracts and gigs over the island and even landed up with a 2-year Tea Dance contract at the popular Celestial Room at Amber Mansions, Orchard Road.

Over the years there were more changes to the group’s line-up. When Frankie, Osman and Stewart Chew (vocals) left, Ronnie See (vocals), Douglas Tan (bass) and Alvin Wong (drums) from The Burns joined them. It was during their stint at the Celestial Room when Robert Song joined the group as well. Robert was also responsible the The Stylers icon design with two bunny ears on the “S”. In late 1963 or early 64 they had their first recording contract sealed with Miracle Records together with a singer by the name of Maggie. The record was a big success as this was followed by several more recordings and offers of contracts by different recording companies in the region, including live performances at the National Theatre, Musical Express and Early Bird Shows at the Capitol and Odean cinemas. The Stylers were also high on demand for Getais, a yearly event and most of the districts in Singapore where they performed would book them one year in advance. The Stylers has finally arrived!

The group’s line-up remained stabilized until 1980 when Lawrence Lum from the SBC Orchestra replaced the late Alvin Wong. Members of the Stylers also set up their own recording company with themselves and their manager Ronald Tham as shareholders.

Like all successful groups, The Stylers band also eased out of the entertainment circles gradually in the 1990s when Robert Song migrated to the Philippines while John and Randy decided to venture into other businesses. But their music still lives on till this day and members of the group are still active in the music scene.

A1 Puppet On The String / Pipe Line / Telstar
A2 Love Portion No. 9 / Ayon Ayon
B1 Koo Koo Looney / Wheels / Never On Sunday
B2 Lets Dance / I Saw Her Standing There / Suku Suku 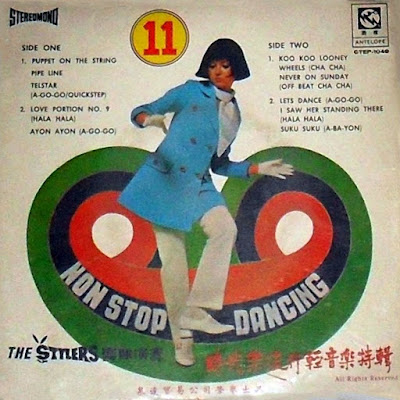