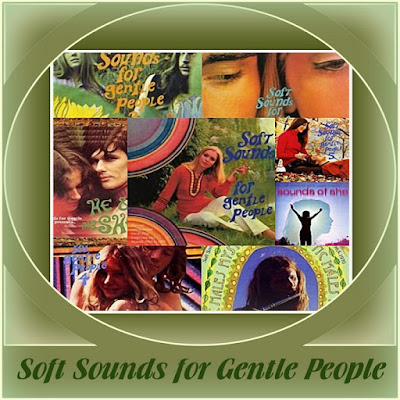 Subtitled "Far-out and beautiful tracks from California and beyond 1966-1971," Soft Sounds for Gentle People scours the nooks and crannies of the sunshine pop archives to unearth nearly two dozen singles and album cuts long forgotten by all but the most rabid collectors. Although there's a strong psychedelic dimension to the material -- nothing here would seem out of place in the Nuggets series -- the radiant harmonies and lush orchestral arrangements wonderfully capture the more tranquil side of late-'60s pop; sweet but never syrupy, should-have-been hits like the Pleasure Fair's "Today," the Lewis and Clarke Expedition's "Blue Revelations," and the Moorpark Intersection's David Axelrod-produced "I Think I'll Just Go and Find Me a Flower" sound far fresher and even more contemporary than the overplayed chart hits that dominate oldies radio. Most of the tracks are mastered directly from the original vinyl, and while there are some cracks and pops present in the mix, the overall fidelity is excellent and the liner notes are witty and informative -- all told, a fantastic package, although its legitimacy is questionable. 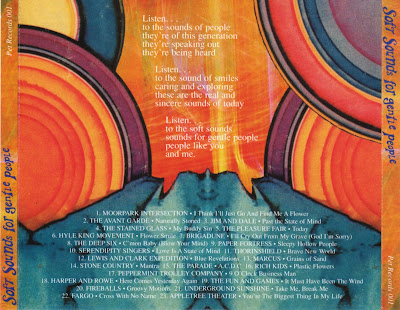 The second volume of the Soft Sounds for Gentle People series digs up another fantastic batch of groovy sunshine pop obscurities from the heyday of the West Coast scene, possibly even surpassing its predecessor for sheer quality and consistency -- it's amazing how much of this stuff the major labels were putting out, how much of it is truly great, and how much of it has for so long remained relegated to the dustbin of history. Like last time, there's a strong psychedelic dimension to these songs, and nothing would seem glaringly out of place on a Nuggets compilation, but the radiant harmonies and lush orchestral arrangements wonderfully capture a more peaceful, even earnest side of late-'60s flower-power pop -- nothing here sounds horribly dated, either, especially standouts like the Collage's "My Mind's at Ease," the Pleasure Fair's "Nursery Rhyme," the Garden Club's "Little Girl Lost and Found," and the Family's "San Francisco Waits." The legitimacy of this disc is a question and some of the material sounds mastered directly from the original vinyl, but the sequencing and liner notes are excellent and it's hard not to wish official releases were handled with so much obvious care and affection. 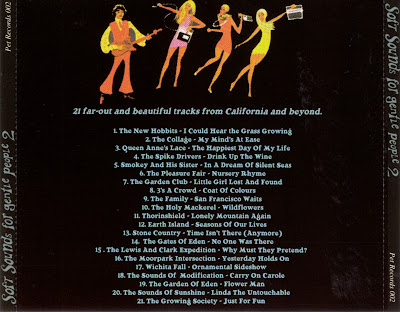 This series of CDs from Pet Records is supposed to be devoted to sunshine pop releases from the second half of the 1960s -- but most of the acts here know a good beat when they find it. Starting with the Mojo Men (billed by this time as Mojo) doing "Candle to Burn," the makers have generally chosen psych-pop sides with a beat. Even the most "produced" side here, "January Girl" by Pipedream (who apparently didn't exist as a group), manages to throw together enough of a rhythm section and effects to make it worthwhile psychedelic rock, even if the song itself sounds like a leftover from a sub-Hair musical. The Fun and Games apparently hailed from Texas, but that didn't stop them from sounding as spaced-out and languidly pretty as their trippy California surroundings on "Close to Carmel." Bryan's mysterious "Learn to Love" actually comes off as closer to psychedelic rock (with a decent beat) than most of the rest here, despite its being the product of a studio ensemble -- Tommy Roe producer Steve Clark evidently knew how to create those sounds on the fly. Leon Russell was one of the prime movers of Le Cirque, along with Marc Benno and Jerry Riopelle of Parade, and for a piece with a fairly conventional brass-loaded accompaniment, it does achieve a colorful effect with its trippy lyrics. The disc gets better as it goes along, the talent of the results (or both) becoming very imposing midway through -- far and away the best cut on this album is "Time Goes Backwards" by Jim & Jean, the folk duo; this psychedelic folk track is a totally unexpected permutation of their sound that lingers long after it's over. The Hung Jury's "Buses" is also pleasant psych pop in a Monkees-like mode, and "Lovin' Day" by the Status Cymbal is a surprisingly garage punk-ish cut to come out of Felton Jarvis' orbit in Nashville. Jacobson & Tansley were a virtually unknown Curt Boettcher project from 1966, whose "Dream With Me" managed to chart in New York and Cleveland, and deserved better. And the Second Helping's mouthful of a title, "Floating Downstream on an Inflatable Rubber Ball" -- which prominently features a pre-Loggins & Messina Kenny Loggins, with sitar and spacey lyrics -- makes for surprisingly pleasant listening. Less interesting and more ponderous is Stained Glass' "A Scene In Between," which is more pure psychedelia than sunshine pop -- produced by Rick Jarrard, it does have a nicely brittle lead guitar part that recalls the 12-string on "Eight Miles High" slowed down a bit. 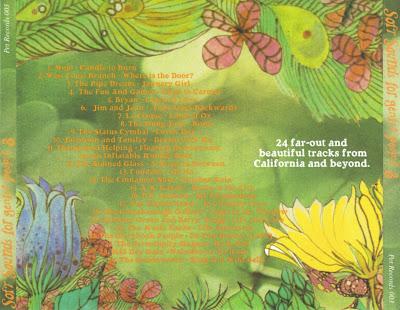 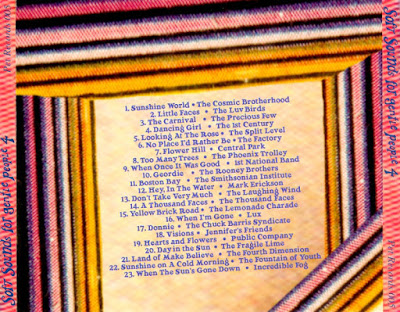 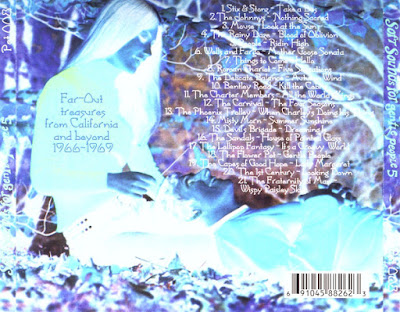 Compiled by the same Pet Records crew that previously assembled the three-volume folk-rock smorgasbord Soft Sounds for Gentle People, Mystic Males unearths 23 weird-beard psych-folk obscurities from the late '60s, spotlighting the hirsute singer/songwriters that sprouted like weed in post-Dylan Greenwich Village and post-Byrds Los Angeles. Though created in the laboratories of metropolitan America, much of the material here boasts a pastoral, back-to-nature sensibility. Between them, the sensual delights of either flora or flesh dominate virtually every song. Meanwhile, Svengali-like figures including Curt Boettcher, Tom Wilson, and Terry Melcher lurk on the sonic periphery, contributing the trademark touches that make this music so wonderfully emblematic of its era. Highlights include Harumi's heady "Hunters of Heaven," Bob Ray's Donovan-inspired "(Girl with The) Cameo Ring," and Dick Domane's heavy-lidded "Bad Dream." 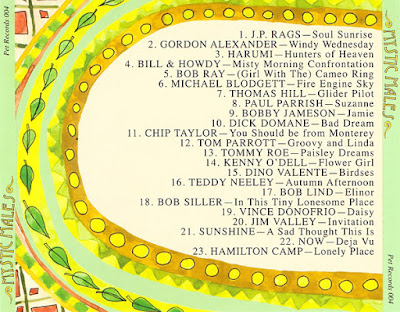 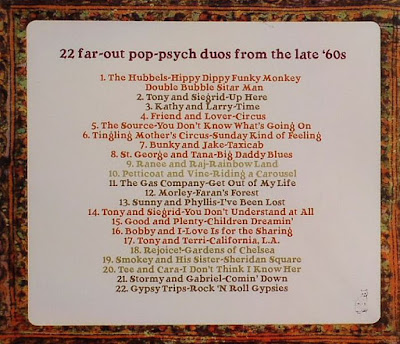 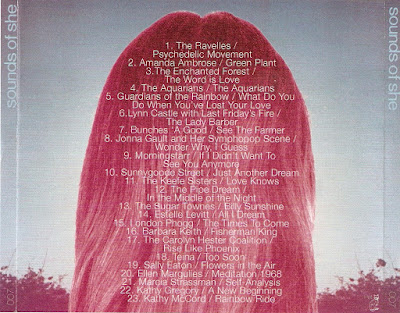 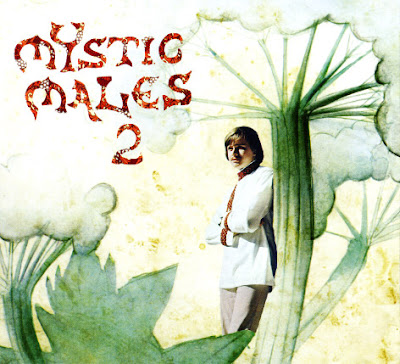