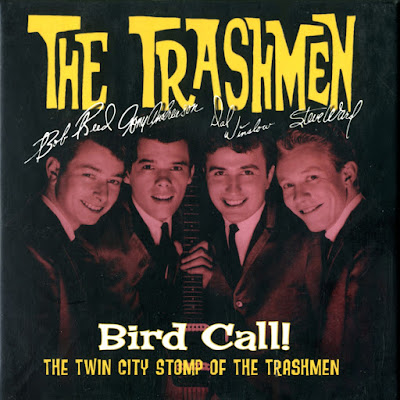 A Minneapolis rock & roll band, they evolved from Jim Thaxter & the Travelers, recording one single under that name ("Sally Jo"/"Cyclone"). The group comprises Tony Andreason (lead guitar), Dan Winslow (guitar/ vocals), Bob Reed (bass), and Steve Wahrer (drums/vocals). Unfairly depicted as a novelty act, the Trashmen were in actuality a top-notch rock & roll combo, enormously popular on the teen-club circuit, playing primarily surf music to a landlocked Minnesota audience. Drummer Steve Wahrer combined two songs by the Rivingtons ("The Bird's the Word" and "Pa Pa Ooh Mow Mow"), added freakish vocal effects and a pounding rhythm to the mix, and, by early 1964, the group was in the Top Ten nationwide with "Surfin' Bird." Though the group continued to release great follow-up singles and an excellent album, their moment in the sun had come and gone; they disbanded by late 1967/early 1968. They re-formed in the mid-'80s and continued to play locally until Wahrer's death. The Trashmen are revered by '60s collectors as one of the great American teen-band combos of all time, their lone hit exemplifying wild, unabashed rock & roll at its most demented, bare-bones-basic, lone-E-chord finest. 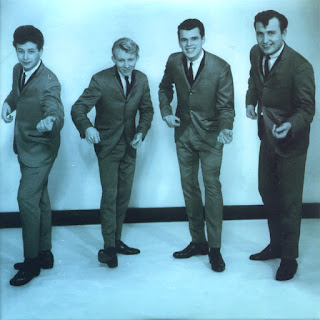 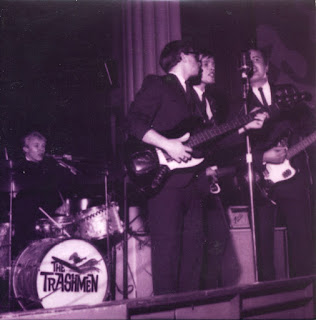 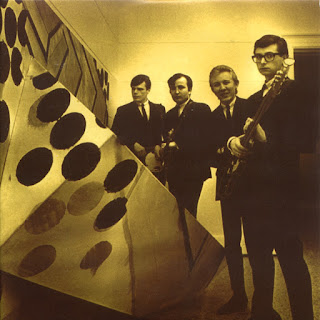 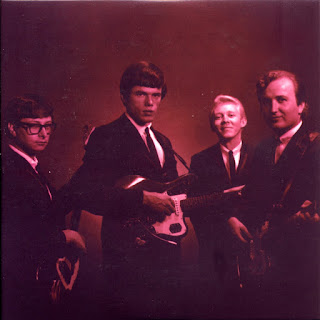 Over half of this collector's four-CD box set is previously unissued studio, demo, rehearsal, or live recordings. Nothing is duplicated in this material originally recorded from 1961-1967. The Trashmen are an amazing summary of contradictions when looked at from afar. In pictures, even live ones, they are four clean-cut chaps in suits. Their nationwide 1963 hit "Bird," the 1965 version of which is included here, is a deliriously silly, primitively noisy, and utterly infectious gem. It's like playing a Black Sabbath album and showing pictures of the Bee Gees and trying to get someone to believe they are one and the same. The Trashmen's arrangements are two guitars of clarion twang and garage crunch with harmony with lead vocals often moving from one member to another. While some of their covers are saccharine (for example, Buddy Holly's "Tell Me How"), they offer such glorious trash rock as the cartoonish analysis of Bo Diddley's signature sound in "Bird Diddley Beat." The Trashmen tap straight into a democratic and transforming American spirit that celebrates the Universal Goof, a sort of holy fool spreading pure joy through music. There you have the entertainment recipe of the Trashmen: surf, doo-wop, blues, and rock & roll motifs swirled together for either devastating hilarity or smooth, slow dancing ballads. 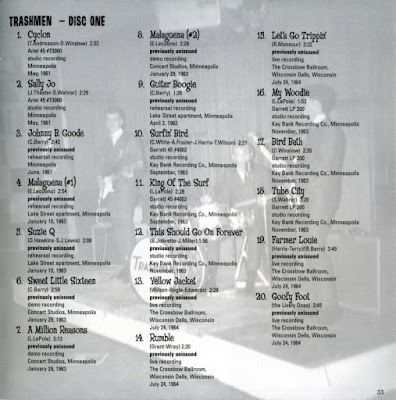 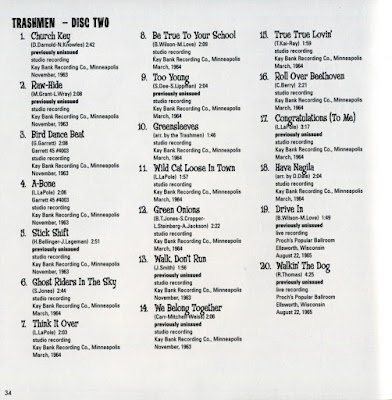 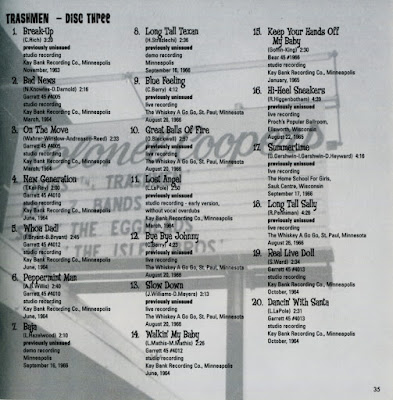 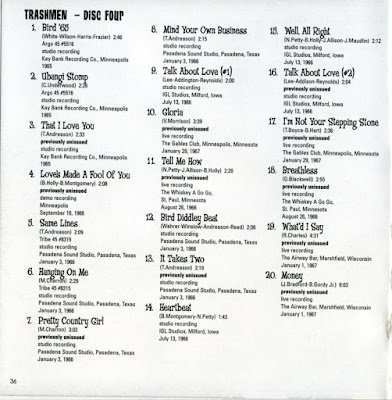