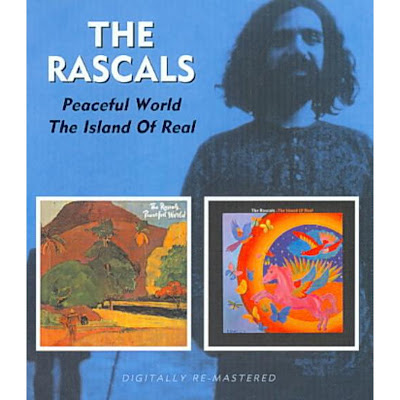 Formed 1964 in New York, USA.
Originally known as The Young Rascals, they later changed their name to The Rascals.
Disbanded in 1972.
Inducted into Rock And Roll Hall of Fame in 1997

Peaceful World is a wonderful blend of soul, jazz, and funk that never found an audience. Perhaps it was because the positive sentiments expressed in the lyrics were unfortunately becoming passé; perhaps it was the diversity of the two-record set itself. Despite its lack of commercial success, this was an artistic triumph for Felix Cavaliere. With a supporting cast including jazz luminaries Joe Farrell, Hubert Laws, Alice Coltrane, and Ron Carter, Cavaliere creates a musical vision of the Peaceful World conjured up by the album's title. The single, "Love Me," which barely cracked the Hot 100, is a piece of funk in a Sly Stone vein. Guitarist Buzz Feiten's "In and Out of Love" is one of those shoulda-been-a-hit-single songs. 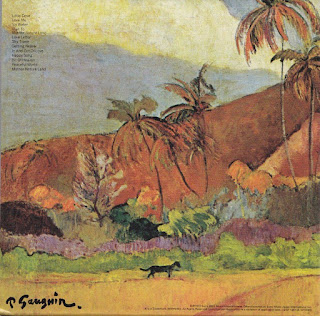 Some of Felix Cavaliere's funkiest songs, Crusaders bassist Robert "Pops" Popewell, the Butterfield Blues Band horn section (with David Sanborn), soulful vocals and jazz solos combine to create another great but overlooked album by the Rascals. With a groove at times like Tower of Power, at others like latter-day Sly & the Family Stone, this, the band's final recording, is worth seeking out. 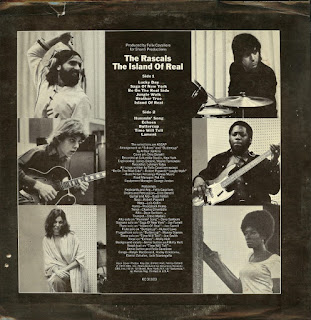 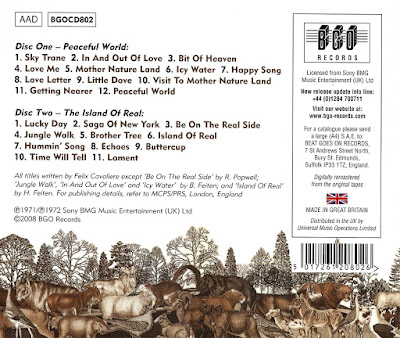 tags The Rascals, The Young Rascals