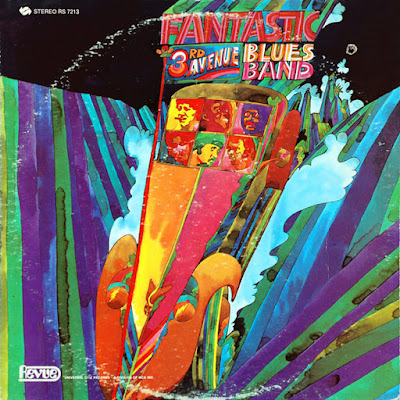 Beautiful 1970 Original From The Blue-Eyed Jazz Funksters Falling Somewhere Between Tower Of Power And The Albert. Includes The Outstanding "Come And Get It" Plus Covers Of Eddie Harris, The Isleys And More. ......
In the beginning of the 70 radio and televisions programs in Brazil did not stop playing a song called "Rose Sea" performed by the group The Fevers. Now what few people know or know at the time is that the song is a Portuguese version of the original "Rose Garden" of the North American singer Lynn Anderson. And what has to do this with the 3rd Avenue Blues Band? It happens that this band recorded the best and definitive version of this song contained in the single record released by them in 1970 with the title of "Fantastic". Making perfection the jazz fusion, rock, blues and soul in the style Blood Sweat & Tears and Chicago Transit Authority, the 3rd Avenue Blues Band conceived a perfect album with arrangements eleboradíssimos the piano base, hammond organ and a brilliant brass section. The group also had a guitarist, a bassist, a drummer and a vocalist with a privileged throat. In the same work we find also a cover of "Bad Moon Rise" Creedence Clearwater Revival.más the large balcony it is the performance of "Rose Garden" to every hearing reminds me of my 14 years old when he spent most of day listening to wistful Radio Guajará (Emballo Super Hot Program) .A perfeiro and very current disc......

This starts off a little slow with some average covers, certainly played well, indicating the quality of this groups playing. The covers are instantly recognisable, "Rose Garden" not one I care for a lot. The next track is much better with a second vocalist who has a familiar sounding voice and the music is firmly in the Blood, Sweat & Tears school of Pop-Rock and also sounds like something The Blues Brothers would do. After another couple of well executed but not outstanding covers things take a decisive turn for the better with a great "Super Session" Blues number in "Hawks' Blues, followed by a classic Blood, Sweat & Tears sounding  funky number in "Don't Make Me Laugh" Things stay brilliantly Blusy, Jazzy and funky on "Come and get it and I'm not sure of any of the last three tracks are originals or covers, but they are impressive to say the least. "It's Your Thing" keeps up the relentless tempo of great music before they slow things down again with what I believe is another cover. "Bad Moon Rising" is the best cover here as the actually do something slightly different from the original and pull it off well. The album finishes on a high with a great jazzy instrumental that is most impressive and the Sax is great. Overall a pretty good listen with the music getting much better on the later part of the album when things get more uptempo and funky. ..... (https://johnkatsmc5.blogspot.com) 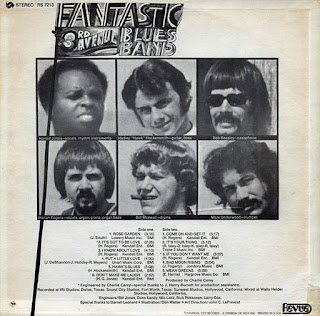