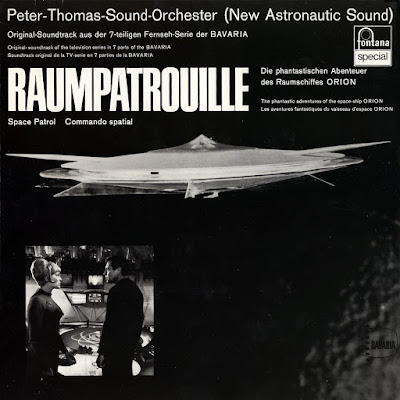 Peter Thomas composed and recorded the original score, which has become a soundtrack classic and collector’s item among rare groove afficionados since its original release on Philips. The music, floating between avantgarde jazz, big band beat and spaced-out psychedelia, set a new benchmark in the history of film music and science fiction scores and became one of Thomas' best known works.The title theme is the first known piece of music in pop history to feature a vocoder, a device that until then had exclusively been used for voice encoding in military warfare. Peter Thomas borrowed a device from the Siemens factory to process his voice for the recording of the countdown. 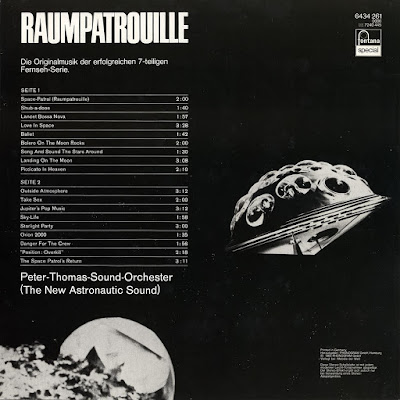