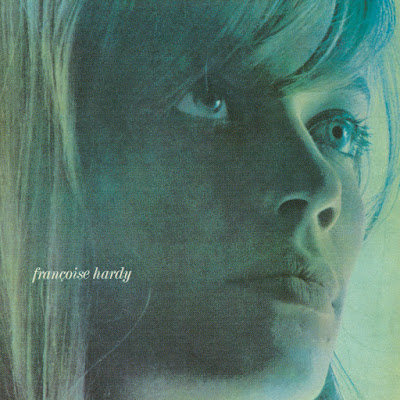 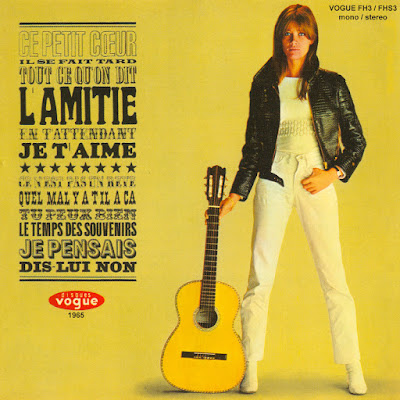 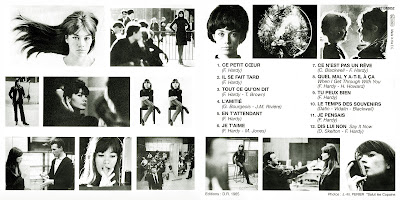 Françoise Madeleine Hardy (French: [fʁɑ̃swaz aʁdi]; born 17 January 1944) is a French singer-songwriter. She made her musical debut in the early 1960s on Disques Vogue and found immediate success with her song "Tous les garçons et les filles". As a leading figure of the yé-yé movement, Hardy "found herself at the very forefront of the French music scene", and became "France's most exportable female singing star", recording in various languages, appearing in movies, touring throughout Europe, and gaining plaudits from musicians such as Bob Dylan, Miles Davis and Mick Jagger. With the aid of photographer Jean-Marie Périer, Hardy also began modeling, and soon became a popular fashion icon as well.

As the yé-yé era drew to a close in the late 1960s, Hardy sought to reinvent herself, casting off the fashionable girl next door image that Périer had created for her and abandoning the "cute" and catchy compositions that had characterized her repertoire up to that point. She began working with more accomplished songwriters such as Serge Gainsbourg and Patrick Modiano. Her 1971 album La question represented an important turning point in her career, moving towards a more mature style; it remains her most acclaimed work and has generated a dedicated cult following over the years. The early 1970s also marked the beginning of Hardy's renowned involvement with astrology, becoming an expert and writer on the subject over the years.

Hardy remains a popular figure in music and fashion, and is considered an icon of French pop and of the 1960s.