VA - Planet Beat; From The Vaults Of Shel Talmy 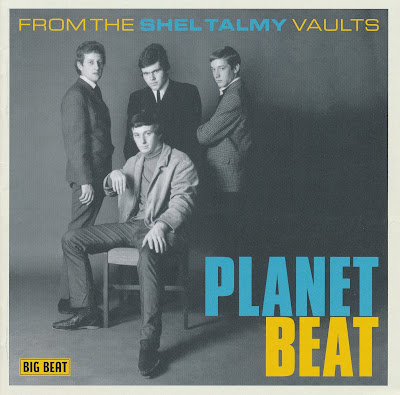 producer Shel Talmy, the man behind You Really Got Me, My Generation and dozens of other signature records of Swinging Britain’s mid-60s glory days. Arriving on these shores in the summer of 1962, thanks to both undoubted ability and sheer bravado, Talmy quickly made a name for himself in the UK record business with hits from the Bachelors and others. But it was with the concurrent beat music boom that he really shone, bringing an authentic American edge to the studio scene and injecting some much-needed muscle into any record he supervised. Talmy was also an entrepreneur, swiftly establishing an independent production operation with which to sign acts and lease them to major labels. Eventually he formed his own imprint, Planet Records, which issued two-dozen highly collectable releases before imploding due to distribution problems in late 1966. Planet Beat gathers two-dozen nuggets from the unlocked Talmy vault to present an unprecedented overview of his achievement in the beat group category. There are alternative versions of classics like the Breadcrumbs’ Everybody Knows and the First Gear’s Leave My Kitten Alone, with a young Jimmy Page tearing it up on the fuzz. Rare items from the Rising Sons and Untamed join choice gems from the Planet discography along with unreleased excitement from the likes of the Liberators, Johnny B Great and Imp-Acts. Everything on Planet Beat is drawn from the first generation master tapes and comes with copious illustrations and notes by compiler Alec Palao. A feast for anyone interested in the golden era of British beat. 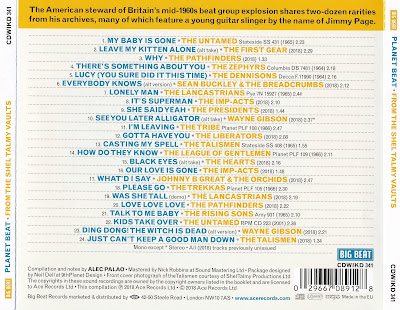