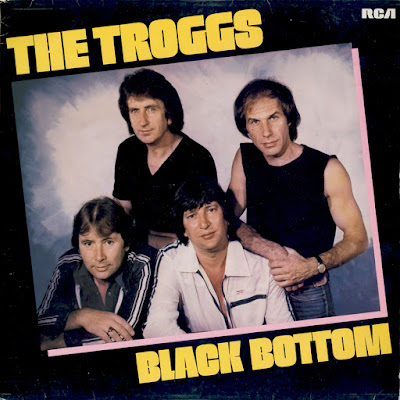 This was only the fourth release on Patrick Mathe's legendary New Rose record label when it was distributed by RCA in Europe. This prototype punk music licensed from Stage Coach Records in England garnered interest in America from A&M, Arista, and Atlantic, specifically, when this writer brought the import album to those labels, but it was probably more curiosity from A&R (and in one instance, a label president), as the Troggs had settled into a definite cult niche. The earlier The Trogg Tapes on Private Stock and eventual Troggs on 45 on New Rose, with the infamous "Troggs Tapes" as a hidden track, were all more commercial than this fine underground disc. The title track, "Black Bottom," is cool with a nifty hook, and the entire project has as much authenticity to the primal Troggs urge as any Ramones album has to their relentless style. "Last Night" is not "Love Is All Around," but it is trademark Reg Presley and it is great, with '50s guitar riffs updated somewhat and reflective of the entire Black Bottom sparse sound permeating "Hot Days" and ringing through "Widge You" and "I Love You Baby." There's no commander Mike Chapman here to embellish the brittle sound, nor is there a Phil Spector to do what he did for Joey Ramone and crew. It's just a band playing minimal with familiar sound and a recognizable frontman, and it shows rock & roll integrity that is hard to match. "I Don't" creeps with personality, spurts of rhythmic guitar, and drums, with Presley teaching how to get a point across without resorting to rap music. A gem for those who appreciate good rock & roll minus the frills. The inverted Chuck Berry riffs of "Widge You" here should have propelled this band to a second level T. Rex. 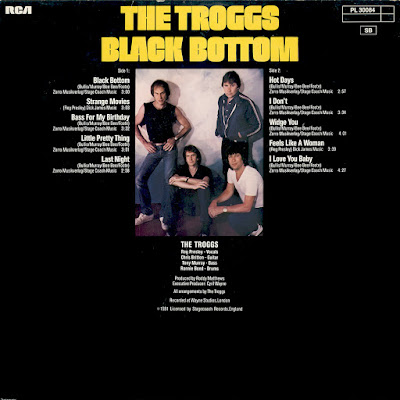