Badfinger (The Tragic Story of) 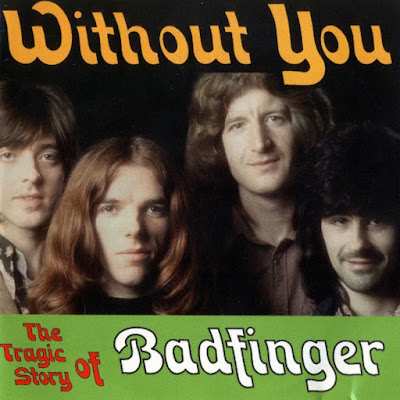 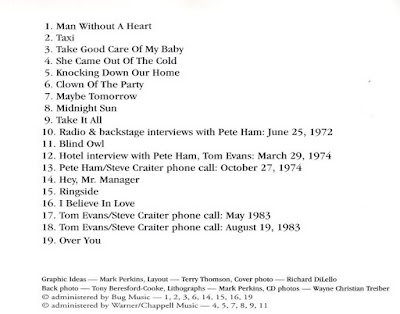 Badfinger were a Welsh/English rock band formed in Swansea that were active from the 1960s to the 1980s. Their best-known lineup consisted of Pete Ham, Mike Gibbins, Tom Evans, and Joey Molland. They are recognised for their influence on the 1970s power pop genre.

The band evolved from an earlier group called the Iveys, formed in 1961, which became the first group signed by the Beatles' Apple label in 1968. The band renamed themselves Badfinger, after the working title for the Beatles' 1967 song "With a Little Help from My Friends" ("Bad Finger Boogie"). From 1968 to 1973, Badfinger recorded five albums for Apple and toured extensively, before they became embroiled in the chaos of Apple Records' dissolution.

After Apple Records folded in 1973, Badfinger struggled with a host of legal, managerial and financial issues, leading to Ham's taking his own life in 1975. Over the next three years, the surviving members struggled to rebuild their personal and professional lives against a backdrop of lawsuits, which tied up the songwriters' royalty payments for years. Their subsequent albums floundered, as Molland and Evans alternated between cooperation and conflict in their attempts to revive and capitalise on the Badfinger legacy. In 1983, Evans also died by suicide.
Former member Joey Molland continues to tour under the name Joey Molland's Badfinger in the United States. In 2015, former member Bob Jackson formed his own version of Badfinger with current members Andy Nixon, Michael Healey, and Ted Duggan to honour the memory of Pete Ham, Tom Evans, and Mike Gibbins and undertook a 23 date UK theatre tour, playing to over 20,000 people. In 2016 the band continued to play UK shows.