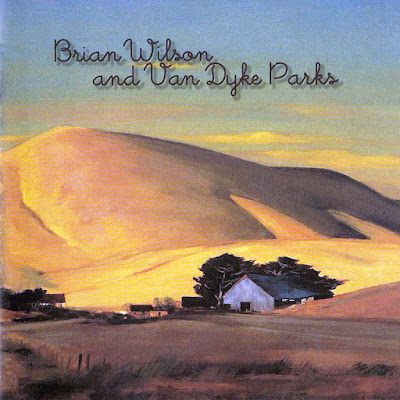 Released in 1995 and produced by Van Dyke Parks, ORANGE CRATE ART was an album that arguably served to bring Brian Wilson back into the studio after his issues with his former therapist, Dr. Eugene Landy.

“[The title track] was a beautiful song, and I was determined to put some lyrics to it,” Parks recalled in a 2010 interview with The California Report. “The first thing that came to mind was the word ‘orange.’ ‘Orange,’ of course being impossible to rhyme—is problematic in many other ways—but is also a totemic of the California dream, and I thought if there was anybody I wanted to have sing that, it would be Brian Wilson.”

When Parks approached his former collaborator, however, he discovered that things were not necessarily great with Wilson. "When I found him he was alone in a room staring at a television,” Parks told The Guardian in 2013. “It was off.”

Unlike most of Wilson’s projects up to that point, the only thing he contributed to ORANGE CRATE ART was vocals, but it looked for a moment that he might not even be contributing that much.

In his book Catch a Wave, author Peter Ames Carlin wrote that “Wilson interrupted the first vocal session for the album by asking Parks, ‘Wait a minute. What am I even doing here?’ Parks hit the talk button and responded, ‘You’re here because I can’t stand the sound of my own voice!’ Wilson paused, nodded his head, and stepped up to the microphone proclaiming, ‘Well, that makes sense! Okay, take one!’"

The end result was an album which, alas, did not end up becoming a massive commercial hit. It did, however, thrill more than a few Beach Boys fans who had begun to wonder if Brian Wilson would ever return to the studio. No one can say for certain that ORANGE CRATE ART was the endeavor that revived Wilson’s desire to get back to business, but whether it was or it wasn’t, it’s still a fine piece of music. 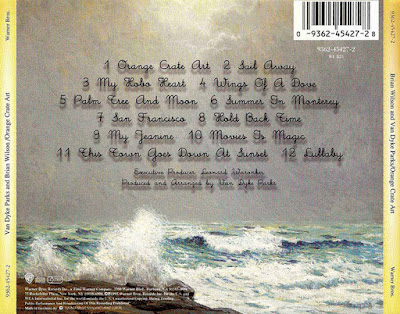