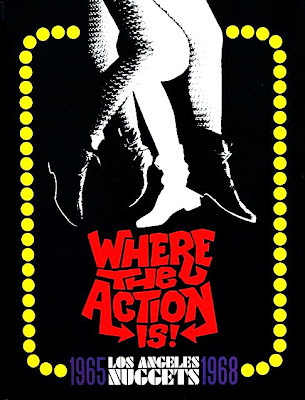 Where the Action Is! Los Angeles Nuggets 1965-1968, Rhino's 2009 sequel to their 2007 Nuggets box Love Is the Song We Sing, shifts the spotlight down the Californian coast, moving from the epicenter of the hippie universe in San Francisco to hipsville central in Los Angeles, the land where fringe-wearing folk-rockers strolled down the Sunset Strip alongside studio cats on the make. Both groups of hipsters are equally well-represented on Where the Action Is!, along with the teens raising a ruckus out in the suburbs and the stars who stretched out, all based on the sounds they heard coming from the Strip, the section of Sunset that serves as the fulcrum for this entire set. The compilers focus on a brief time, the four-year stretch from 1965 to 1968, where Los Angeles was overrun with dance clubs and nightspots, all giving bands as wonderful and distinct as the Byrds, Love, the Doors, the Seeds, Buffalo Springfield, and the Leaves places to explore, opening up avenues that others followed, either in music or spirit. Some of this filtered through the prism of the studio, where there were plenty of musicians infatuated with the sounds of Brian Wilson, who pops up toward the end on an alternate take of "Heroes and Villains," but there's also no denying the impact of hustlers and hucksters like Kim Fowley, or how Hollywood could package and polish all of this up in the form of the Monkees.

All of this is here in bright, flashing neon on Where the Action Is!, which helps make it one of the liveliest of the Nuggets boxes, but also the one that seems to stray furthest from the series' mission to excavate unheard garage rock and psychedelia; after all, the Beach Boys, the Byrds, and the Doors are hardly unknown quantities or one-hit wonders. Yet, in its own way, Where the Action Is! is as crucial as any of the boxes that followed the first Nuggets set, for it documents a brief, shining moment in time where everything and anything seemed possible. It's not archeology, it's pop culture anthropology that does an excellent job of charting the rise of the L.A. underground, illustrating its first surfacing in the mainstream, connecting the dots in a fashion that may surprise even some dedicated pop and rock fans, those that might not realize how the Turtles, Bobby Fuller Four, the Standells, the Association, the Electric Prunes, Nilsson, Captain Beefheart. and Iron Butterfly were all connected, however loosely, or how Rick Nelson and Del Shannon got weird as the decade started to draw to a close. These connections, along with discovering dozens of gems from lesser-known artists, are the reason why Where the Action Is! winds up being a blast, as well as a revelation just like any other Nuggets set. 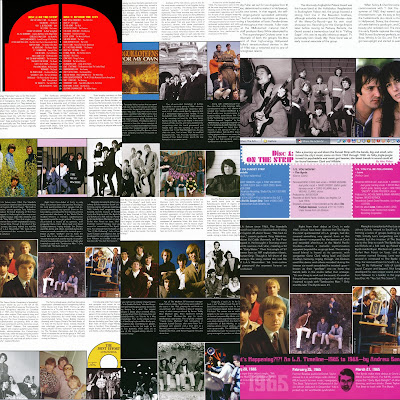 01 The Standells: "Riot on Sunset Strip"

07 Iron Butterfly: "Gentle as It May Seem"

09 The West Coast Pop Art Experimental Band: "If You Want This Love"

11 The Palace Guard: "All Night Long"

15 The Association: "One Too Many Mornings"

20 The Music Machine: "The People in Me" 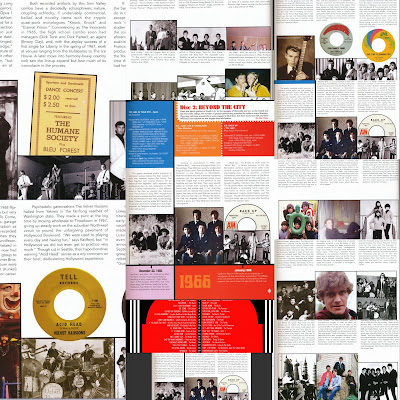 09 The Turtles: "Grim Reaper of Love"

18 The Romancers (aka the Smoke Rings): "Love's the Thing"

21 The Whatt Four: "You're Wishin' I Was Someone Else"

25 The Hysterics: "Everything's There" 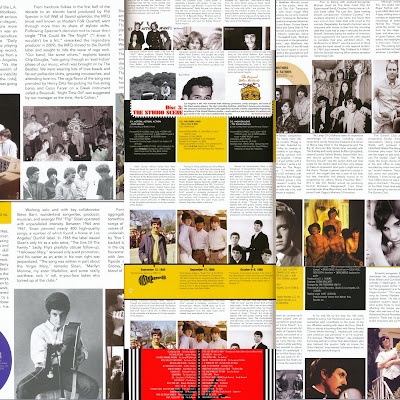 
03 The Knickerbockers: "High on Love"


11 The Lamp of Childhood: "No More Running Around"


14 October Country: "My Girlfriend Is A Witch"


22 Hearts and Flowers: "Tin Angel (Will You Ever Come Down)" 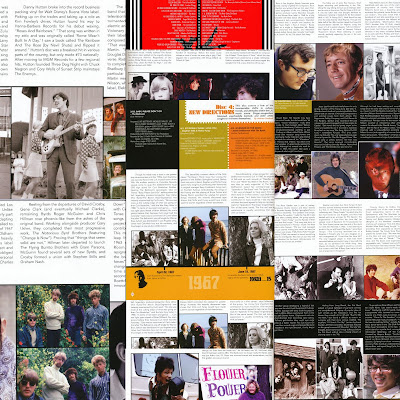 02 Jackie DeShannon With the Byrds: "Splendor in the Grass"

09 The Motorcycle Abeline (Warren Zevon & Bones Howe): "(You Used To) Ride So High"

12 The Everpresent Fullness: "Darlin' You Can Count on Me"

16 Jesse Lee Kincaid: "She Sang Hymns out of Tune"

18 Randy Newman: "Last Night I Had a Dream" (Single Version)

23 Sagittarius: "The Truth Is Not Real" (Single Version)