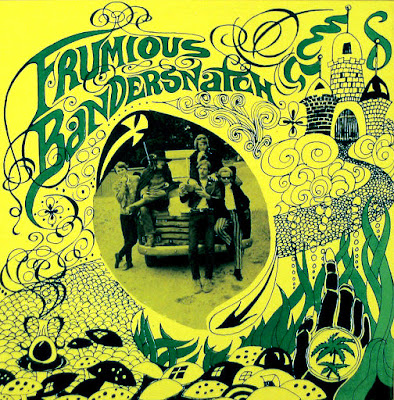 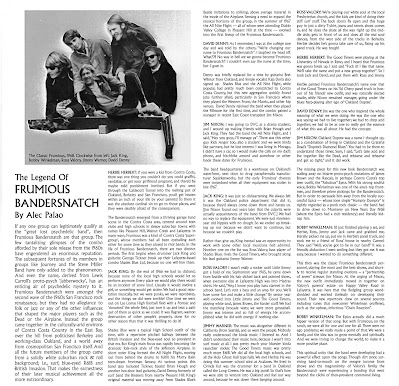 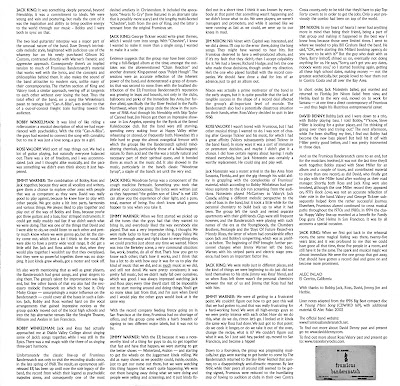 US-American psychedelic rock band from San Francisco, California, active from 1967 to 1969.
If any one group can legimately qualify as the "great lost psychedelic band', then Frumious Bandersnatch is that group. The few tantalizing glimpses of the combo afforded by their solo release in the 1960s gained them an enormous reputation. The subsequent fortunes of its members in groups like Journey and The Steve Miller Band have only added to the phenomenon. The name, derived from Lewis Carroll's proto-psych 'Jabberwocky', has an air of psychedelic mystery to it. So, after years of wishful thinking on the part of psychedelic music aficionados all over the world we find the earnestness of this their latest achievment all the more extraordinary.
Bay area group that put out one ep in '68 of prime acid rock, including an outstanding song called "Hearts to Cry," which has to be one of the great lost psychedelic classics. A popular live act in San Francisco, who opened up for many big names and played all the big venues- The Fillmore,The Avalon, The Straight Theater, etc. Although besieged by record companies wanting to sign them, managerial blunders and personnel turnovers plagued them, and despite a great reception by the crowd at the Seattle Pop Festival, they failed to release anything but that three track ep. Some of these guys went on to acts like Steve Miller and, gulp, the awful Journey, what's funny about that timeframe is that a lot of people who went on to produce dreck in the next decade made good music in the previous one. An album of live tracks, outtakes, and an early version of a song on this ep was released about a decade ago, but it's mediocre at best overall, though there's a few decent tracks on it.
https://www.discogs.com/artist/1357240-Frumious-Bandersnatch 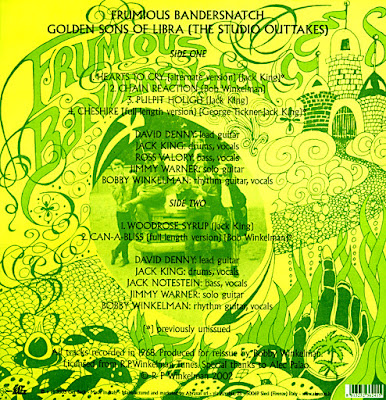