Rene and his Alligators "In The Mood" 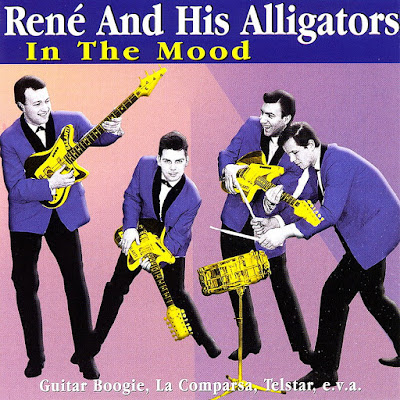 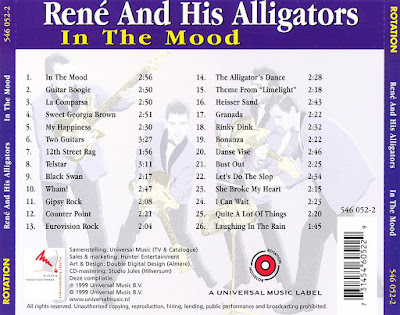 René & The Alligators was a rock and roll guitar band from The Hague that was founded at the end of 1959 by guitarist and singer René Nodelijk.

Initially, Nodelijk tried to build a career as a singer, but soon his talents as a guitarist showed. Sixteen instrumental rock singles from the Alligators were released in the period 1960-1964. This band had a clear Indian background, partly due to the establishment of an Indian Art Circle in the café-restaurant Den Hout in The Hague because of the repatriation from Indonesia. Their best-known singles are Guitar Boogie and In the Mood from 1962. They were an example for the later beat groups in The Hague , the generation that often had guitar lessons from René Nodelijk.

In 1978 Nodelijk made a comeback with his wife Renée (Anja Exterkate).

23 She Broke My Heart

25 Quite A Lot Of Things

26 Laughing In The Rain

tags Rene And His Alligators 60's