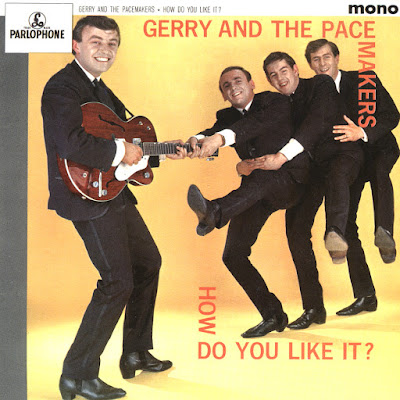 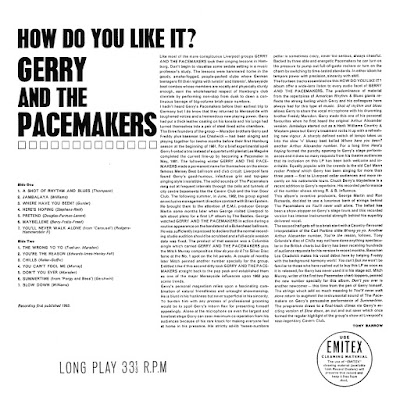 Gerry & The Pacemakers consisted of vocalist and songwriter Gerry Marsden, his brother Freddie Marsden, Les Chaswick and Les Maguire. Although they were made up of four members, the Pacemakers differed from most Liverpool bands of that time in that they used piano and guitars. Gerry Marsden formed the group in the late 1950s. They rivaled the Beatles early in their career, playing in countries like Germany and England. They signed with Brian Epstein in mid-1962 (the first band to do so, besides the Beatles)

Like the Beatles, they were brought to EMI by George Martin, who was one of the producers of the band's debut album, "How Do You Like It".

Curiosity: Initially the group was called "Gerry Marsden and the Mars Bars", but they were forced to change their name when the Mars Company, producer of the Mars chocolate bar, threatened a lawsuit.

tags 60's, Gerry And The Pacemakers