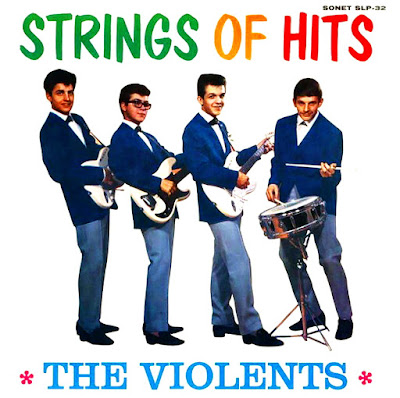 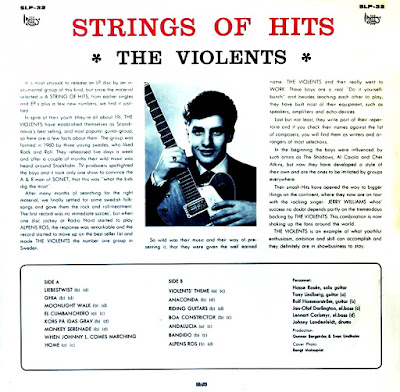 Violents was a mainly instrumental guitar pop group formed in Stockholm, 1959. Their first record was an instrumental version of a traditional song, "Alpens Ros", that gave them a hit in 1961 on the Swedish charts. The first recorded songs were recommendations by their record company but they soon started to write their own songs more in line with their own musical taste. Violents started after a while to search for a lead singer to get more variations on their concerts, which could last for hours. They found in 1961 a talented young rock singer named Jerry Williams with a good reputation as a live act and who agreed to be member of the group. In that way started a cooperation who lasted to the split year of the group Violents, 1966. The first recording with Jerry Williams was "Liebestwist" in 1962. In the start, Violents were the main attraction but soon the spotlight was mainly on Jerry and the band became a backing group with a record career separate from Jerry's own solo career. The last lp album with Violents behind Jerry Williams was Action (1966). Among the group's highlights in their international career was to play at the Star Club in Hamburg 1962 with The Beatles and Little Richard. The Beatles were just second band to Violents at that time and it is rumoured that George Harrison was test playing for a membership in Violents because he was tired of The Beatles, but that the Violents didn't want him.