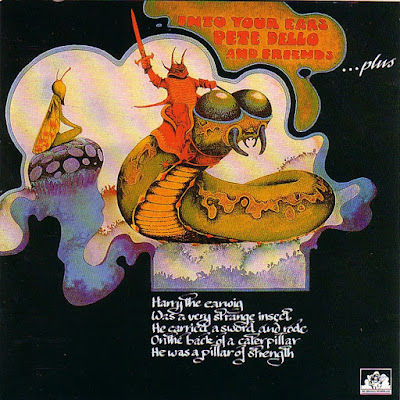 The founder and leader of late-'60s British rock band Honeybus, Pete Dello (born Peter Blumson) has maintained a low profile since the group's disbanding in the early '70s. Although he released a solo album, Into Your Eyes, in 1971 -- which was reissued in 1989 with the addition of two tracks that were originally credited to Magic Valley in 1969 and two previously unreleased solo tracks from 1972 -- Dello has not recorded since.
Dello's greatest success came as a songwriter. His tune "(Do I Still) Figure in Your Life," originally recorded by Honeybus and redone for Into Your Eyes, was covered by Dave Berry, Joe Cocker, and Dana.
Dello initially played with future Honeybus bandmate Ray Cane in a variety of early-'60s rock bands. Forming a group, the Yum Yum Band, with ex-Them drummer Terry Noone, Dello recorded five singles with the band before a collapsed lung forced him to endure a lengthy layoff in early 1966. While recuperating, he gave considerable thought to reuniting with Cane and forming a new band, Honeybus, in 1967.
Forsaking the usually club circuit, Dello and Honeybus primarily focused on studio recordings. They made a few appearances on television or special showcases, using a mellotron to reproduce the overdubbed sounds of their records. Pressured to tour, following the release of Honeybus's only Top Ten hit, "I Can't Let Maggie Go," in April 1968, Dello resigned from the band instead. Replaced by Jim Kelly, Dello devoted himself to studying music theory and learning to play the violin. 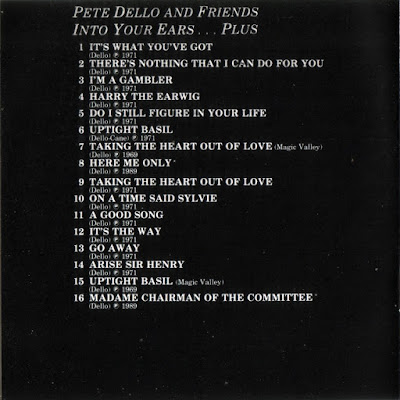 The '60s spawned so many psychedelic bands that the reissue has become its own genre. Audiophiles flock to conventions worldwide to pay exorbitant amounts of money for obscurities that your average music fan would recoil at. This passion has unearthed horrible artifacts, intriguing oddities, and the occasional gem. After tasting success in 1968 with the single "I Can't Let Maggie Go," Honeybus founder Pete Dello left the band after only one album to pursue a more settled lifestyle. His distaste for the rigors of touring left him with a surplus of un-recorded material that would eventually steer him back into the studio to record his first and only solo record. Into Your Ears features 14 songs, each under three-and-a-half minutes long, that prosper through a winning combination of goofy psychedelia and Beatlesque beauty. The sweet melodies and gentle harmonies of "It's What You've Got" and "Taking The Heart Out Of Love" are timeless, devoid of irony, and begging for placement in a Wes Anderson film. "Do I Still Figure In Your Life," which has since been covered by the likes of Joe Cocker, conveys the same irresistible form of melancholy that permeates a great Randy Newman or Harry Nilsson recording, and more than makes up for the wince-inducing "Uptight Basil" and "Harry The Earwig (the latter inspired the horrific Roger Dean cover art). Dello's voice is sweet and clear, with only a tinge of the British folk throatiness that ruled the era. The songs, while never complex, benefit from strategically placed string arrangements that rarely disappoint, and crisp production as exemplified on the set closer "Arise Sir Henry." Also included are the Magic Valley versions of "Taking The Heart Out Of Love" and "Uptight Basil," which differ only in sound quality (poorer) from the album renditions, and provide collector's with the definitive edition of this highly sought after (almost) masterpiece. 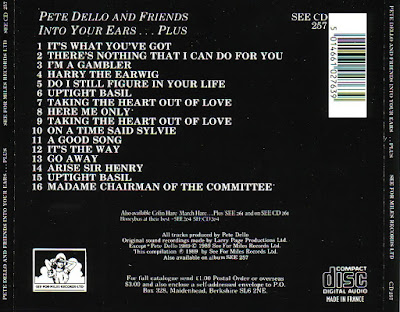