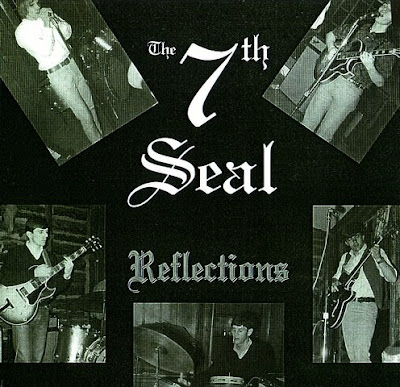 The (7th) Seventh Seal- Reflections(1967)
This was recorded in 1967, but never released. Introspective US garage/psych band influenced by the "British Sound", soul and R&B. After they recorded their "Leave or Stay" 45 for the Gama label under the name The English Muffins." 32 years later this LP finally sees the light of day via this lovely reissue LP limited to 400 copies and in an old style thick jacket done to look just like the Lp would have looked on the Justice label had it come out way back when. 6 covers include Kinks, Yardbirds and the 5 originals all have an early Stones vibe. Most who've heard it put it up in the top 2 for the label.
Side One1.
Sympathy2. Midnight Hour3. Till the End of the Day4. Mr. You're a Better man Than I5. Mustang Sally6. Well I Know
Side Two
7. It's My Pride8. Come on Up9. Proud Reflections10. Make Your Bed11. I've Got a Mind to Give Up Livin' 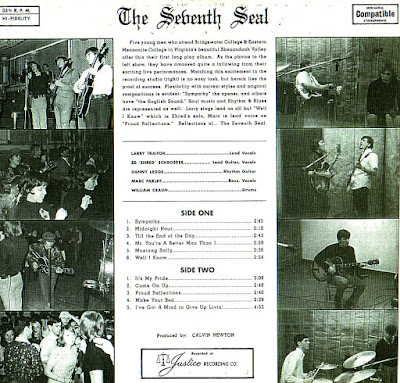