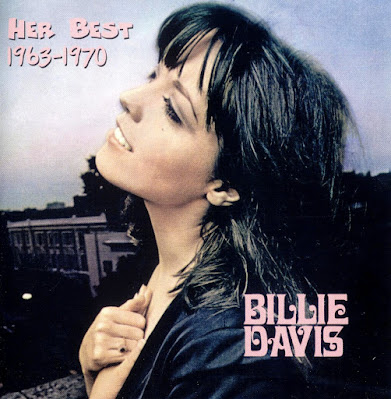 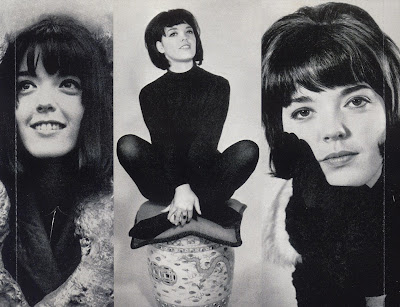 Biography by Bruce Eder
Carol Hedges was a 16-year-old aspiring singer when she was discovered as the result of a talent contest in 1962. Backed up in the competition by Cliff Bennett's support group, the Rebel Rousers, she won the contest and Bennett got her together with producer Joe Meek. Hedges was recorded by Meek with his resident group, the Tornados, without achieving success. Luckily, a neophyte music talent manager named Robert Stigwood had also seen her and liked what he heard, and he ultimately took her away from Meek. He was impressed with Hedges' singing, a white soul sound similar to (though not as powerful as) Beryl Marsden's work, and also with the fact that her two musical inspirations were Billie Holiday and Sammy Davis Jr.. Stigwood renamed her Billie Davis and teamed her with Mike Sarne, another singer he had under contract, and the two scored a novelty hit in 1962 with "Will I What." For her solo debut, he gave her a song that he had heard on a visit to America. "Tell Him" had been recorded by the Exciters, but Davis' cover, released on English Decca, made the Top Ten in England in early 1963 despite the fact that the American original actually topped the U.K. charts at the same time. Davis recorded for both English Decca and Pye Records during the early and mid-'60s without ever duplicating "Tell Him"'s success -- the closest she came to another hit was in 1968, with "I Want You to Be My Baby." Some of her work was reissued on compilation CDs, including her cover of Burt Bacharach's "The Last One to Be Loved," which appears on Sequel Records' Trains & Boats & Covers. Billie Davis is fondly remembered in England by her early pop/rock success in the pre-Beatles era.
Billie Davis - Her Best 1963-1970 (1995)
Review by Richie Unterberger
This 27-track CD of rather mysterious origin is the most comprehensive Billie Davis anthology, but not without its imperfections. In its favor, it does include nine tracks from her 1963-1964 girl group-influenced singles, whereas the most commonly available Davis anthology (Tell Him: The Decca Years has just four of those. In all, it has ten songs not on Tell Him: The Decca Years, but is also missing three songs that are not that release, whose sound quality is better (though not seriously flawed). And the liner notes on Her Best: 1963-1970 are perfunctory, though it does contain a complete 1962-1970 Davis discography. So what most people would pick this up for are the ten songs not on Tell Him, which are useful for Davis fans, but not (with one exception) among her most outstanding recordings. That one exception is the moody, sassy 1964 single "Whatcha' Gonna Do," perhaps her best girl group-styled effort; the Mersey-influenced chirpy warble of its B-side "Everybody Knows" is pretty enjoyable too. However, the other tracks not found on Tell Him are either fairly undistinguished 1963-1964 sides, or competent but unremarkable covers (including the Turtles' "Me About You," Buffy Sainte-Marie's "Until It's Time for You to Go," the Moody Blues' "Nights in White Satin," and Nilsson's "Without Him") from her 1967-1970 recordings. The rare 1970 Spanish-language single "Venid con Mego" is also here, though it too is only a fair pop-soul production. Tell Him: The Decca Years still gets the nod for the best Billie Davis comp, but this lengthier anthology still does a good job of presenting highlights of the career from this decent if second-division British singer, from both her perky 1963-1964 output and her more mature, soul-influenced 1967-1970 work. Neither this nor Tell Him, incidentally, include anything from her seven 1965-1966 Piccadilly singles, three of which she did as half of the duo Keith & Billie. While there might be a limited demand for such a thing, someone should do a two-disc set that finally assembles all of the sides she cut for Decca, Columbia, and Piccadilly into one place. 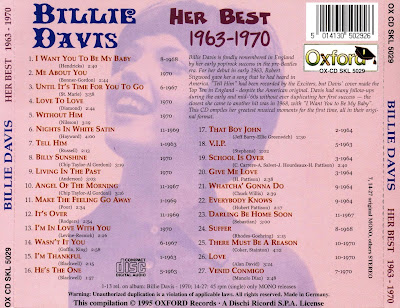