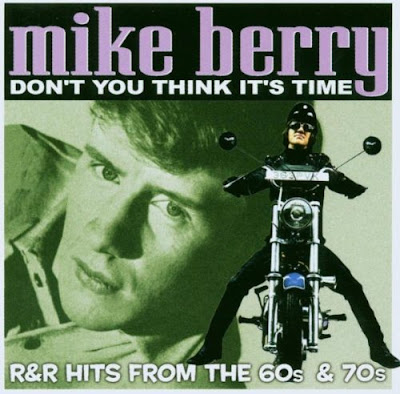 https://www.discogs.com/Mike-Berry-Dont-You-Think-Its-Time/release/8194184
Listeners may wonder, at first glance, if two CDs and 40 songs by Mike Berry isn't overkill, but by the end of the first disc, his doubts were erased. There's more than enough diversity in the sounds represented here, from the early-'60s Joe Meek productions to Berry's 1970s and 1980s releases, passing through elements of Merseybeat influences along the way, to keep matters interesting and then some. The highlights of the first disc obviously include Berry's Buddy Holly covers, and his originals -- several of which, including "Dreams Can Come True," were written in Holly's style -- aren't bad either. What's surprising to this listener is how strong Berry's 1970s-vintage sides on disc two are -- Berry was an even stronger singer and musician in the later decade, and deserved better than the relative obscurity he dwelt in outside of England.
(Review by Bruce Eder) 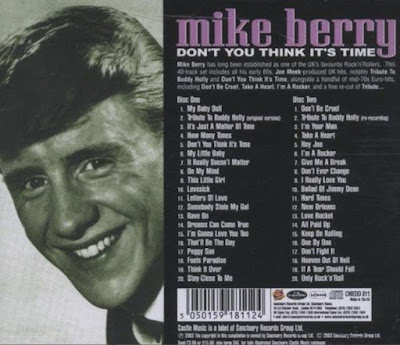