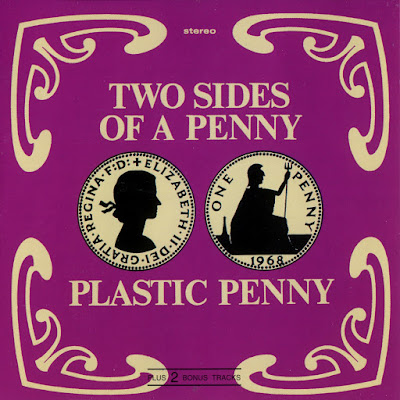 Plastic Penny were  late-'60s British group who made the U.K. Top Ten in early 1968 with "Everything I Am," a labored ballad augmented by strings, that wasn't even one of their best songs. Much of their material was psychedelic pop with hints of encroaching prog-rock, sometimes recalling the Who a bit, elsewhere going into more fey story-songs. Their guitarist, Mick Grabham, would play with Procol Harum for a few years in the 1970s. 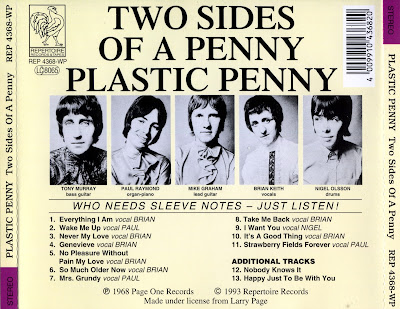 Review by Richie Unterberger
"Everything I Am," Plastic Penny's only hit (which never made it in the U.S.), is here, though the rest of the album exhibits a rather lighter touch in its guitar-organ psych-pop blend. There's a bit of whimsical British wit in numbers like "Mrs. Grundy," but there's little on the album to inspire either praise or dislike.
***