The Knickerbockers - Jerk And Twine Time 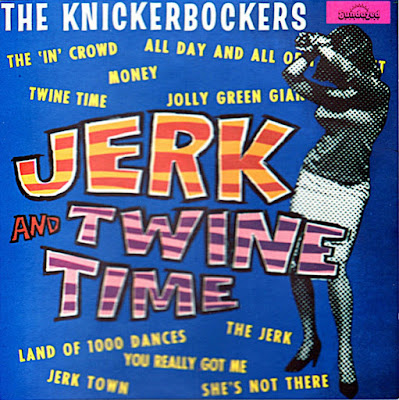 Update / 320 Kbps now
Even if you're a dedicated collector, you should think twice about chasing down this album, which consists almost entirely of British Invasion and R&B covers in the frat rock style and not done especially well. There is a certain level of ambition here, in the cover of the Zombies' "She's Not There," that's not entirely realized, but the mere fact of this LP's release in 1965 may well have inspired a few frat bands and garage bands whose members rightfully believed they could generate better (and more interesting) covers of the British Invasion tunes here — so it was probably all to the good at the time, if not worth too much in itself. One also suspects — given their relative success elsewhere — that the Knickerbockers were capable of generating a lot more excitement in their playing when they had an audience to work in front of, and probably just couldn't rouse their best instincts in a studio setting. The reissue — without any annotation — at least makes it easy to hear. And the three bonus tracks (including the interview with two members) make the CD marginally more interesting than the vinyl was in any respect except as an artifact of its time, and this release therefore merits a very slightly higher rating than the original LP.
https://en.wikipedia.org/wiki/The_Knickerbockers 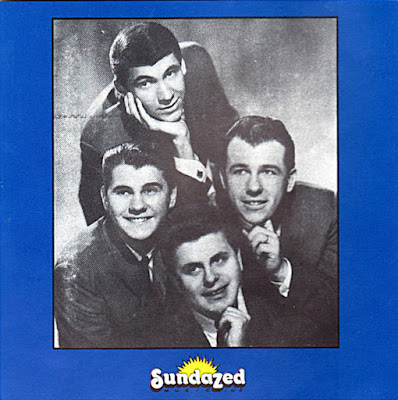 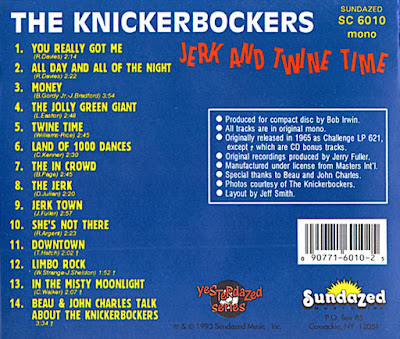