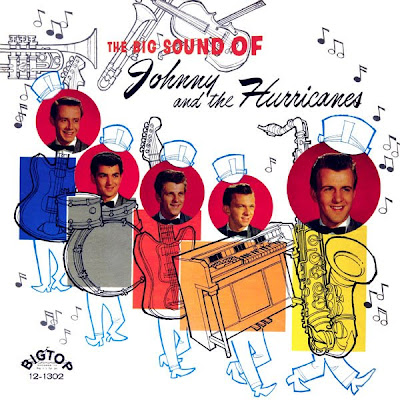 One of the most distinctive instrumental groups of the '50s and '60s, Johnny & the Hurricanes produced the Top Ten hit "Red River Rock" and scored several other instrumental hits that mixed rock & roll with traditional melodies. Originally known as the Orbits, the group formed in Toledo, OH, in 1958 and was led by saxophonist Johnny Paris; other members included organist Paul Tesluk, guitarist Dave Yorko, bassist Lionel "Butch" Mattice, and drummer Tony Kaye.
After a stint recording with rockabilly singer Mack Vickery, the group traveled to Detroit, hoping to become a backing band for up-and-coming singers. However, a pair of music promoters, Harry Balk and Irving Michanik, signed them as a group on their own, and they recorded their first single, "Crossfire," for the Twirl label in 1959. "Crossfire" went to number 23 and the group moved to the Warwick imprint for "Red River Rock," a rock & roll instrumental of the standard "Red River Valley" that peaked at number five. The Hurricanes responded to their success with more of the same, delivering "Reveille Rock," "Rockin' Goose," "Revival," and "Beatnik Fly" over the next year, touring extensively all the while. Eventually the pace — and lack of further hit singles — caught up with the group, and Johnny & the Hurricanes disbanded in 1965. Paris moved to Hamburg, started his own label, Atila, and in 1970 formed a new Hurricanes lineup that toured until November 2005, two weeks before Paris took ill and was hospitalized. He died on May 1, 2006, due to pneumonia and septic blood after a splenectomy. 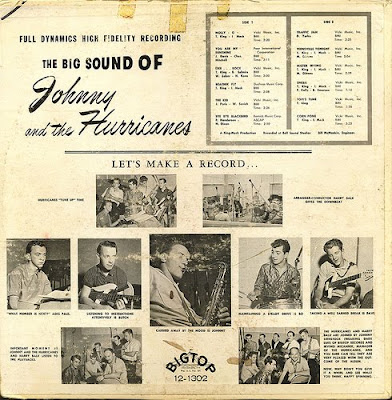