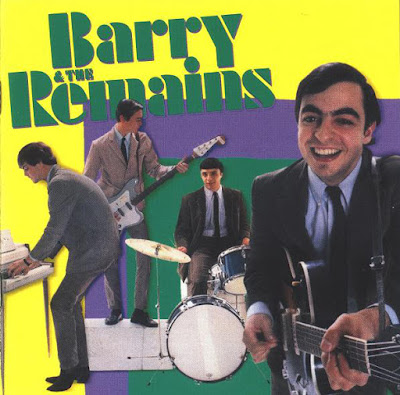 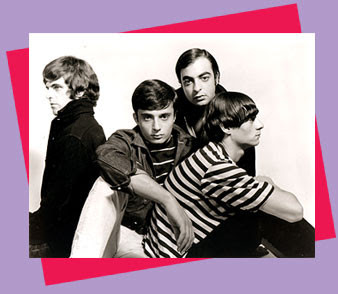 The Remains formed in 1964 at Boston University, where all four members were first-year students living in the same dorm in Kenmore Square. Singer-guitarist Barry Tashian and keyboardist Bill Briggs were from Westport, Connecticut, drummer Chip Damiani from Wolcott, Connecticut, and bassist Vern Miller from Livingston, New Jersey. They began playing r&b and rock'n'roll covers, as well as some Tashian originals, at The Rathskeller, a tavern across the square from their dorm. Soon, fans were lining up from Kenmore Square to Fenway Park to see them, and management had to clear out a disused basement to accommodate the crowds

The band became a popular live act throughout New England, and, after signing with Epic Records, enjoyed local hits with a catchy, swinging Tashian original, "Why Do I Cry", and their hard-driving version of the Bo Diddley/Willie Dixon classic "Diddy Wah Diddy". In 1965 the Remains relocated to New York City - where they appeared on 'The Ed Sullivan Show' - and then, after about a year, moved on to California. They recorded an album, The Remains, appeared on NBC TV's 'Hullabaloo', and released the soulful, hard-rocking single "Don't Look Back".[3]

In 1966 came the opportunity which might have broken the band nationally, but proved instead to be their last hurrah: they were offered a three-week stint as an opening act for the Beatles, on what would turn out to be the fab four's final tour. Immediately before the tour, drummer Chip Damiani quit the band, to be replaced by future Mountain drummer N.D. Smart. Said Tashian in a 2012 interview: "We had always been the four of us and we’d played hundreds and hundreds of gigs as the four of us and all of a sudden this big tour comes up and boom! We have to play it with a new drummer who didn’t have the same feel that Chip had. I mean he was a fine drummer but it wasn’t the same band. I just felt like the flame was burning down without our original drummer."[2]

The band broke up in late 1966, and Epic released their self-titled debut album to little fanfare 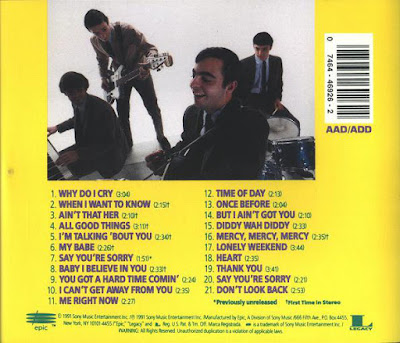 Review by Mark Deming:
Most 1960s garage rock obsessives collect singles rather than albums for a good reason: While plenty of snarling teenagers could come up with two decent songs at a stretch, a precious few seemed able to brainstorm a dozen tunes without reaching to the bottom of the barrel or resorting to covers of other people's hits. But there were exceptions to this rule, among them the Sonics, the Litter, and, especially, the Remains, who never enjoyed much success on the national charts but were fabled heroes in their home town of Boston. The Remains' 1966 album for Epic is a classic, packed with great songs from singer/guitarist Barry Tashian, bassist Vern Miller, and pianist Bill Briggs, and boasting exciting, fiery performances, and if the full firepower of their legendary live shows didn't always come through on tape, even the album's weakest moments made clear the Remains were tougher, smarter, and tighter than the vast majority of their competition. The Remains is mid-'60s American rock & roll at it's best, and you don't have to own any paisley clothing to enjoy it. [When Epic/Legacy reissued the album in 1991 (with the band's name augmented to Barry and the Remains), they added a handful of non-LP singles and unreleased tracks and gave the album a crisp digital remix, and against all odds, Epic actually improved a masterpiece. If the old analog version sounds harder and dirtier (a good thing for garage rock), the CD allows you to hear more of the details, and nearly every one of the 21 cuts on board is killer stuff (their cover of Don Covay's "Mercy, Mercy, Mercy" shows them beating the Rolling Stones at their own game, and after you've heard "Don't Look Back," you'll always wonder why it wasn't a Top Ten hit).]