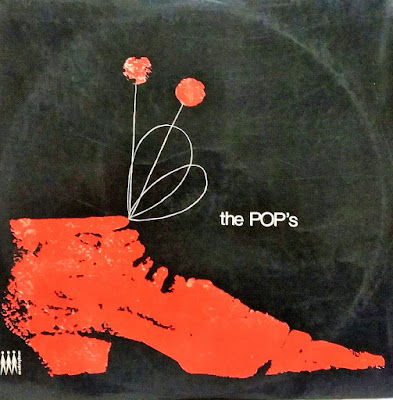 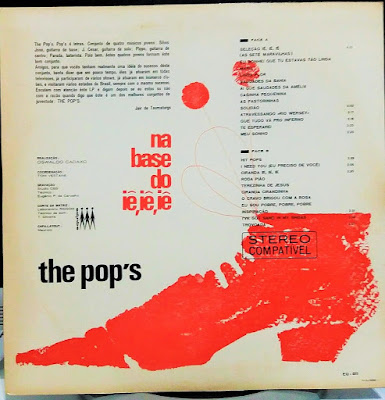 Brazilian rock refers to rock music produced in Brazil and usually sung in Portuguese. In the 1960s it was known as "iê-iê-iê", from the Portuguese transcription of the line "Yeah, yeah, yeah" from the Beatles song "She Loves You".

Rock entered the Brazilian music scene in 1956, with the screening of the film The Blackboard Jungle, featuring Bill Haley's "Rock Around the Clock", which would later be covered in Portuguese by Nora Ney.

The electric guitar was already used in Brazil in 1948, in Salvador carnival bloc of Dodô e Osmar. They invented the famous "pau elétrico" (English: "electric stick"), the first electric guitar without microphonic feedback, with its typical acute color characteristic and sustained sound, no more similar to the previous jazzistic electric guitar models (then they developed another with two arms) and in 1949 they played carnival songs with this guitar at the first time in an open car named then "Trio Elétrico" on the Salvador streets (today in the big trucks with a very robust sound).

Currently, there are bands that sing in English, such as: Sepultura, Angra, Viper, Krisiun, Cambriana, Garage Fuzz, Far From Alaska, The Moondogs (Beatles cover), Kita, Move Over, Wannabe Jalva, Charlie Brown Jr, and so on.
In 1957 Miguel Gustavo wrote the first original rock 'n' roll song Rock and roll em Copacabana, recorded by Cauby Peixoto and #52 on the year's charts.

In Brazil many bands continued to perform translations of English lyrics, though many avoided this problem by playing instrumental rock. Inspired by such instrumental bands Duane Eddy and The Champs, 1958 saw the release of the first Brazilian instrumental rock song, Here's the Blue Jean Rockers by The Blue Jean Rockers. Later that year, Bolão & His Rockettes recorded the first purely instrumental LP. This helped make rock the most popular style of Brazilian youth music. More bands, like The Avalons, The Clevers, The Rebels, The Jordans, The Jet Blacks, The Pops, Os Populares, The Bells, The Lions and The Youngs, arose.

Right after rock'n'roll took America by storm, Bill Haley and Elvis Presley also became liberating icons for Brazilian youth. The youth of Brazil felt that they were under sexual and educational oppression, as Brazilian society had been based on the standards and rules of the Catholic church colonization. For example, looking at a strange boy or girl in public meant falling into public disgrace. With the advent of rock'n'roll, the Brazilian world began to change. Teenagers were not "only to be seen but not heard" anymore. However, the youth's first reaction was violent. Many movie theaters were totally wrecked during the showing of rock'n'roll movies. This went on for a couple of years until finally the young people decided that if American kids could do it, why couldn't they? So, some radio disc-jockeys and recording companies set out to find new talents that could not only sing but who would also do it in perfect English.

This new social era led to a total transformation of customs, and outlived many other attempts to keep Brazil's social structure rooted in the older traditions and religious dogmas.

Raul Seixas, still in Salvador, Bahia - influenced by Luiz Gonzaga -, formed the first rock band from this city in 1965, The Panthers, which soon changed names to Raulzito e os Panteras.

In 1963, Roberto Carlos had two hits: "Splish Splash" (Portuguese lyrics by Erasmo Carlos for the Bobby Darin song) and "Parei na Contramão" (I stopped at the wrong way), the first Roberto Carlos/Erasmo Carlos collaboration.[4] Roberto and Erasmo created a style that was named Jovem Guarda. The beginning of the Jovem Guarda, with Roberto Carlos, Erasmo Carlos and Wanderléa, was as a kind of Brazilian version of the North American garage bands in the 1960s but with a bit of Motown soul influence, from artists like Otis Redding. Also, Ronnie Von started his career with the garage influence of Jovem Guarda and his work uleashed on the psychedelic style and he was who suggested the name of the band Os Mutantes. Jerry Adriani is identified with the Jovem Guarda too, but his influence on Brazilian rock is greater with his Italian rock/pop style: he brought Raul Seixas from Salvador to success afterwards in Rio de Janeiro, allowing for his widespread national success and influence to future generations. Other artists and bands associated with the Jovem Guarda include Eduardo Araújo (and his late wife, Sylvinha Araújo), Martinha, Renato & Seus Blue Caps, Os Incríveis, Golden Boys, Os Vips, Vanusa and The Fevers.

Jorge Ben Jor (then known only as Jorge Ben) had several hits and transited between Jovem Guarda and a new form of playing guitar, with a rhythmic form that he invented. This new style was named Samba-rock, a style which would be followed by Banda Black Rio, Trio Mocotó, Luís Vagner, Bebeto, Orlandivo and Wilson Simonal, among others.

The band The Bubbles, formed in 1965 in Rio de Janeiro, and Serguei, with his first album in 1966, were the link between the garage rock of Jovem Guarda and psychedelic rock. In São Paulo there were Os Baobás, who recorded cover versions of the Kinks, Love, Turtles and the Rolling Stones, during the beginning of their activities. From the 1960s is also Os Primitivos, from Brasília, mixing traditional folk rock (in the vein of the Byrds) with Brazilian Northeastern folk music (i.e. baião). Other bands that were close to garage rock and Jovem Guarda already pointing to the beginning of psychedelia were: O'Seis, José Luiz, The Pop's.

In the legendary show named Opinião, in 1964, the first Brazilian genuine musical, Zé Kéti represented the black people, João do Vale, the people from the Northeastern region, and Nara Leão (then substituted by Maria Bethânia) represented the woman from the Brazilian high society. The innovative proposal of this show changed the Brazilian music forever from the post-Bossa Nova period, because it introduced other Brazilian genres to popular music. Sometimes with the protest characteristic the MPB base was formed: Chico Buarque, Edu Lobo, Geraldo Vandré, Sérgio Ricardo, João Donato, Eumir Deodato, Roberto Menescal, MPB4, Quarteto em Cy, Francis Hime, and Joyce, arising from Bossa Nova, in spite of the music is not rock, their collaboration is important on almost all popular urban genres, including the rock. In 1969, Marcos Valle, who belonged to the second generation of the Bossa Nova, changed his style to a psychedelic rock and soul music Brazilian concept, and his brother Paulo Sérgio Valle went in a similar way. Sidney Miller is a very important musician for the MPB transformation process because he included the rock and the 60s and 70s international pop in his music. From this post-bossa nova time, Tuca, a female singer/songwriter, traveled to Europe in 1969, settling in Paris for six years (she has performed for several countries including Spain, Italy and Holland) when in 1971 Françoise Hardy released the album "La question", the result of close partnership between both and thereafter, her performance turned more rocker.

The Tropicália movement turned the psychedelic rock and the use of electric instruments more popular in the Brazilian music. Some tropicalistas were: Caetano Veloso, Gilberto Gil, Tom Zé, Gal Costa, Rogério Duprat, Torquato Neto, Nara Leão, etc... The seminal "tropicalista" Os Mutantes influenced and tended for the psychedelic rock'n'roll and is one reference for several relevant bands and musicians in the world.

Clube da Esquina, a group of friends from Minas Gerais, one of the most culturally prolific regions from Brazil, was joined with the Tropicália and Jovem Guarda responsible for the diffusion on bigger scale by the electrification of the pop and rock music, with a universal, but Brazilian proposal. Some musicians from this group are: Milton Nascimento, Lô Borges, Toninho Horta, Beto Guedes, Novelli, Nelson Angelo, Tavinho Moura and the band Som Imaginário.