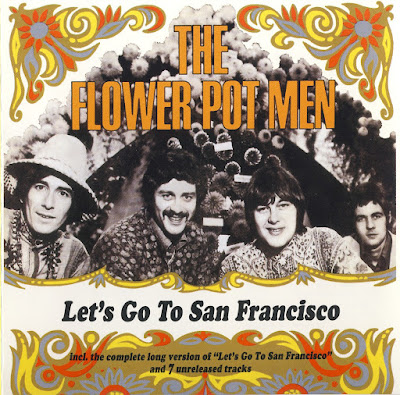 This British group was an outgrowth of mid-'60s pop group the Ivy League. Songwriting partners John Carter and Ken Lewis wrote, produced and performed "Let's Go to San Francisco" and licensed it out to Deram, who had an international hit with it as the Summer of Love was just winding down. The pair released four more singles, including one under the moniker Friends. None were hits and the group dissolved in 1970. Though they were extremely derivative of the then-au courant West Coast sound (especially the post-surf Beach Boys), the group managed to come up with some worthwhile tracks that showed a talent for smooth pop in a variety of modes (folkish, progressive, psychedelic, etc.) albeit with little rock backbone.
This fourpiece were really the brainchild of John Carter and Ken Lewis who then, along with Tony Burrows, had just abandoned their group 'The Ivy League'. However, on this occasion Carter and Lewis decided to restrict their participation to management and songwriting rather than having to go on the road again. In fact the group's road band also included Carlo Little, Pete Nelson, and Robin Shaw as their backing musicians. They were actually a very competent outfit despite the transient opportunism of their only significant single.

Neil Landon went on from the Flowerpot Men to join 'Fat Mattress' and Tony Burrows to Edison Lighthouse, White Plains, Brotherhood Of Man and the Pipkins. 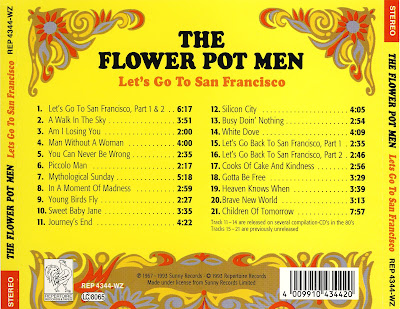 The most comprehensive collection around, this has all their singles (most notably, the extended version of the Pet Sounds-influenced title track and a fantastic 1968 B-side, "You Can Never Be Wrong,") and 11 tracks not released until the '80s and '90s, some from an aborted album project. Though it can't really be called essential, much of the Flower Pot Men's legacy will nevertheless be enjoyable to lovers of '60s pop, who will be able to spot traces of the Beach Boys, the Turtles, the Left Banke, the Easybeats, the Zombies,the Move, the Moody Blues and others.