The Royal Showband - Best Of 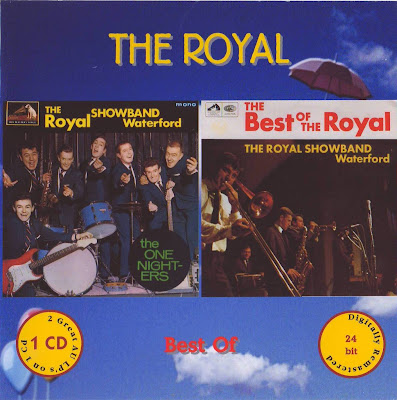 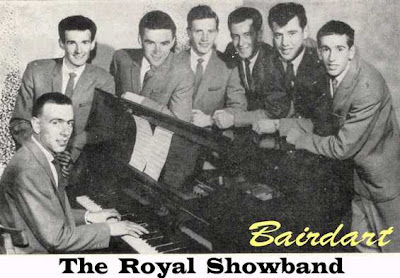 
"... They played their first date outside their native county when on St Patricks night 1958 the took the stage of the Olympia Ballroom, Parnell Sq, Dublin.Carlow businessman T.J. Byrne took over in 1958 after he  had heard this young musical combination while on a business trip to Waterford and decided to put his trust in the band . It was a wise decision and the Royal went “ full time” on Easter Sunday 1959. By November of that year they were playing to packed dancehalls across the Country 6 and 7 nights a week. They never looked back and it was not long before they found themselves in the recording studios where Tom Dunphy recorded “Katie Daly” the first Showband recording issued on a single
They were also the first Showband to use the now famous “Binson” echo chamber, and they also made their TV  debut at Easter 1963 with a forty five minute show “The Royal Showband Show”.Their recorded single “Kiss me Quick” spent 14 weeks in the Irish charts , seven of them being at No. 1. They also made a film “The One Nighters” depicting life in the Showband and issued their first LP of the same name. They also won the coveted Carl Allan Award in England for being the most outstanding modern Dance Band on the Mecca dance circuit and while playing a gig in Liverpool ,the Beatles played as support band for them... " 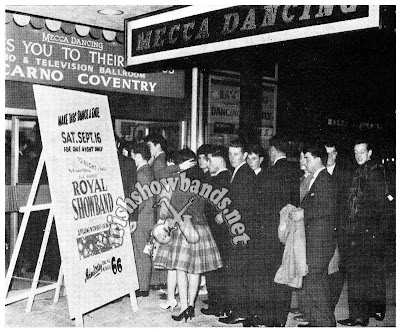 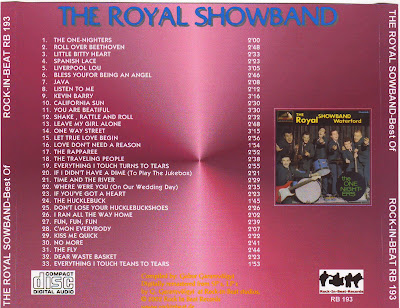