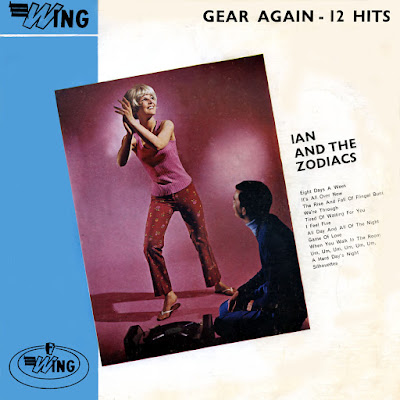 Biography by Bruce Eder
Ian & the Zodiacs had one of the longest histories of any band working in Liverpool, which makes their utter obscurity in that city even more of a puzzle, considering that they had a cool name and played R&B well enough to become stars in Germany. The band's roots go back to the Zodiacs, a trad jazz (i.e. Dixieland) outfit formed in 1958 as a sextet that included future Fourmost drummer Dave Lovelady -- they switched to rock & roll soon after.

The original Zodiacs stayed intact through the spring of 1960, when lead guitarist Pete Pimlett exited and Ian Edwards, late of the Deltones (who attended the same school as the Zodiacs) came aboard, along with Charlie Flynn, from Kingsize Taylor & the Dominoes. The core lineup of Ian & the Zodiacs, as they were named in 1960, was Edwards on guitar and vocals, Pete Wallace on lead guitar, Charlie Flynn on bass and vocals, Cliff Roberts on drums, and Geoff Bethell at the piano. This was the lineup that held for much of the early '60s, through 1964, when Bethell and Roberts left.

It was in 1964 that, after years of languishing in obscurity in Liverpool, the band went to Germany and became major stars -- they were supposed to stay for a few weeks and didn't really leave for three years. Their lineup was still a bit fluid, with ex-Lee Curtis All-Stars drummer Joe Walsh eventually settling in, until he left, and Wallace and Flynn exited for the Connoisseurs, to be replaced by Arthur Ashton (lead guitar), Freddie Smith (drums), and Tony Coates (bass). By that time, the group had cut three LPs (that's one more than Gerry & the Pacemakers, who'd topped the charts in England, got to do) that were released exclusively in Germany on the Star Club label, which was part of Polygram, and two albums of Beatles covers issued under the name the Koppykats.

The group had several label relationships during their three major years, initially with Oriole and then with Mercury, Philips, and Fontana. Their audience was centered in the German-speaking world, despite some attempts at releasing their work in England and America. In addition to their three German LPs and the Beatles cover albums, they cut an album, Gear Again, that turned up on Mercury Records' budget Wing label in 1965. The group's three Star Club albums, Star Club 7, Just Listen to Ian & the Zodiacs, and Locomotive! (of which the last was heavily soul-oriented) have turned up on CD in the '90s from the Repertoire label.

The group's sound on records was centered on covers of Motown songs ("Beechwood 4-5789"), current U.S. hits ("Message to Martha," an adaptation of the Dionne Warwick hit "Message to Michael"), U.K. hits ("The Crying Game," which actually managed to chart in Texas during 1965), blues ("Good Morning Little Schoolgirl"), plus some forays into pop-jazz ("Wade in the Water"), some of which were released in America, once the possibility of finding an audience in the U.S. was understood. Until the reissue of the three German albums, they were represented best on Oriole's two-volume LP series This Is Merseybeat, doing a cover of Little Eva's "Locomotion" follow-up, "Let's Turkey Trot," on the first volume, and, on the second, George Gershwin's "It Ain't Necessarily So." Apart from the excellent "Wade in the Water," which stood on its own terms. They broke up in 1967 when Edwards shut down the group to return to England when his wife became ill. 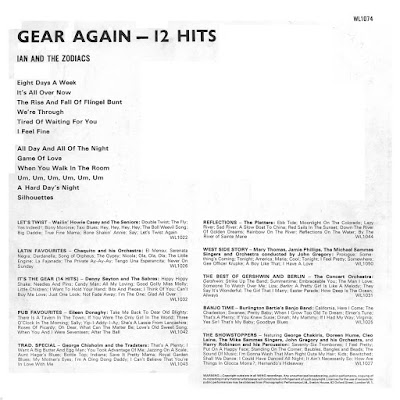