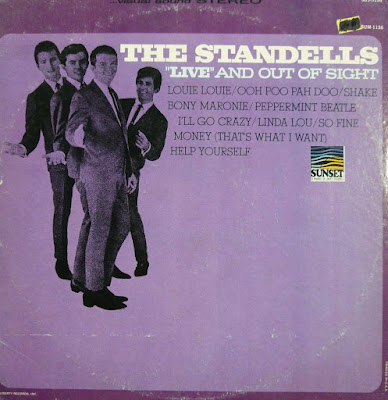 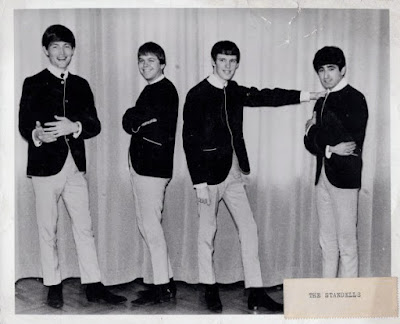 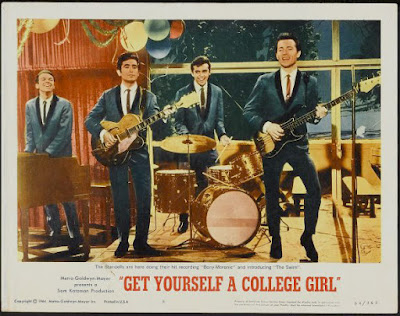 This is an early concert performance (apparently in 1964) by the Standells; the band later reinvented itself under the direction of songwriter and producer Ed Cobb as proto-punk heroes with songs like their #11 1966 hit "Dirty Water". While the band is proficient enough in their performances, there is little on this album to suggest that the band would head in this direction; the songs are mostly established rock and roll standards even at that time: "Ooh Poo Pah Doo", "Bony Maronie", "Money", "So Fine", etc. The album opens with "Louie Louie"; unlike the 1963 hit version by the Kingsmen, all of the lyrics are clearly audible and are faithful to Richard Berry's original song. Side 2 opens with two Larry Tamblyn originals that fit right into the playlist, "Shake" and "Peppermint Beatle", with the latter being a purported dance craze (a combination of the Peppermint Twist and the Beatles I suppose). Though of mostly historical interest now, the album provides an innocent and nostalgic trip back to a long-gone era. 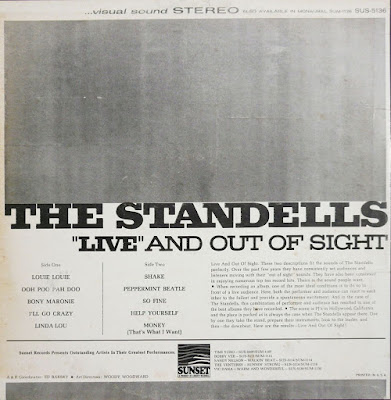