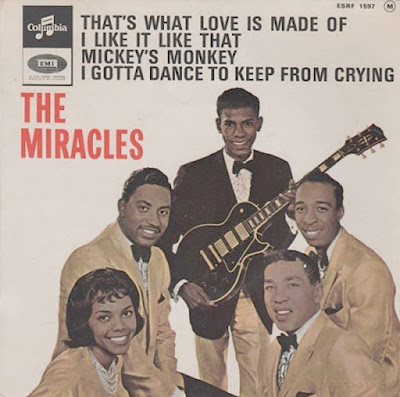 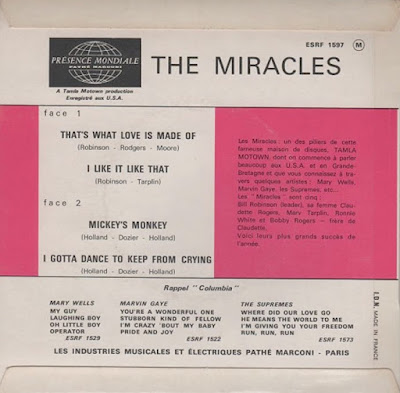 One of the earliest of all Motown groups The Miracles were formed at school in Detroit in 1955 as The Five Chimes. In 1956 they changed their name to The Matadors, adding Claudette Rogers to the line-up. They were spotted by Berry Gordy at an audition in late 1957 and in February 1958 changed their name to The Miracles. Their first release, 'Get A Job' b/w 'My Mama Done Told Me', was issued via the End label that same month. Another single on End followed, and then one on Chess and Motown, before the group finally found a home on Tamla where they had a string of hits and Smokey established himself as a key songwriter for the label throughout the 1960s.