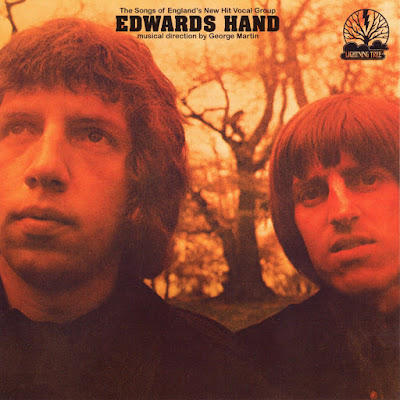 Because Edwards Hand were one of the few pop/rock acts other than the Beatles who were produced by George Martin in the late 1960s, their obscure self-titled debut album has generated some rough comparisons to the Beatles' own work. It's true that the harmonies, melodies, and orchestrations bear some similarity to those heard on the very most pop-oriented of the Beatles' productions, though in truth there's a stronger resemblance to the ornate pop-psychedelia of the late-'60s Bee Gees. Throwing those names into the hat so quickly, though, is a little misleading and might spark hopes for a buried treasure that's better than it is. For the actual songs are certainly coyer and more saccharine than the compositions of the Beatles, and even make the Bee Gees' late-'60s stuff sound melancholy and a little hard-edged. It's more something of a combination of Beatles/Bee Gees-lite with poppier, soaring, sometimes fruity orchestral arrangements -- most likely Martin's strongest contribution to the record -- and more of a middle of the road/sunshine pop/toytown psychedelic influence than the Bee Gees (and certainly the Beatles) admitted. Certainly some of the lyrics make one blanch a bit on the printed page, with their fey references to picture books, kings and queens, bringing flowers in the morning, walking down London's Charing Cross Road, magic cars, and the like. If you like those elements, of course, there are things to enjoy about this record. It has reasonably catchy though not stunning melodies, good duo vocal harmonies, and an ambience that captures something of the most innocuous side of the Swinging London/flower power era. It does sound best, however, when it gets most serious and Bee Gees-like, "If I Thought You'd Ever Change Your Mind" and "Orange Peel" being two examples. 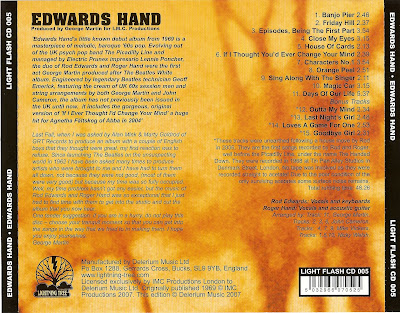