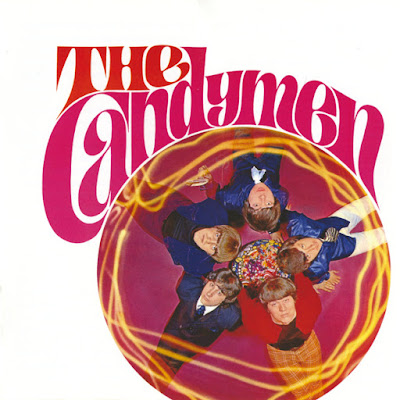 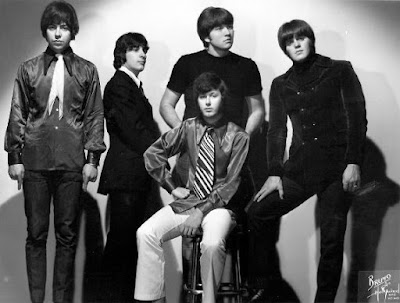 The Candymen (or The Candy Men) were an American pop quintet active 1965-1972 which prefigured the Atlanta Rhythm Section. The group were managed by Dothan, Alabama producer-songwriter Buddy Buie, and included guitarists John Rainey Adkins, (who was the mainstay of the live band), plus Barry Bailey and J.R. Cobb, singer Rodney Justo, drummer Robert Nix and keyboard player Dean Daughtry. The band's chart singles included "Georgia Pines" (1967) and "Ways" (1968). They often performed as the backing band of Roy Orbison.

The Candymen were an Alabama-spawned band probably best remembered today as the backing group for Roy Orbison. The group started life as the Webs, co-founded by guitarist John Rainey and a young lead singer/guitarist named Bobby Goldsboro, in Dothan, AL, in the mid-'60s. The group was heavily influenced by Elvis Presley and Jerry Lee Lewis, but also by the slight more pop-rock oriented sound of Ricky Nelson. They were good enough to attract the attention of local producer and studio owner Ed Boutwells in Birmingham, who made a few recordings of them. The band was making something of a living locally, and even managed to survive the departure of Goldsboro for what ultimately became an immensely successful solo career - Rodney Justo, a drummer turned singer who had previously led a band called Rodney & the Mystics, replaced him on vocals. And they even had a songwriter-in-residence of sorts in the person of Buddy Buie, a friend of Goldsboro.
Their breakthrough came when they discovered that Roy Orbison was going to be appearing locally and would be in need of a backing band. As they were already conversant with his work, it wasn't stretch to pick up all the finer nuances of his repertory, and the result was that the legendary Texas-born singer asked them to become his regular touring band. In the process, picking up the name from one of his biggest hits, the Webs became the Candymen -- additionally, Buie was taken on as Orbison's tour manager, and moved to Atlanta, where he became a top producer as well. Meanwhile, the Candymen worked regularly behind Orbison on-stage, a gig that, in other times, would have gotten them huge exposure. However, the second half of the 1960s were not good times for Orbison, at least commercially in the United States; signed to MGM since 1965, he released some very good records and sold a lot of them in Europe, but in the United States his career and his concerts passed little-noticed, despite the quality of his music and the Candymen's playing. They resumed the name the Webs for an MGM single, "People Sure Act Funny" b/w "You Pretty Fool," which didn't go anywhere for those involved.
The Candymen, when they weren't backing Orbison, developed a serious reputation as a great live band in their own right. They became known for doing the Beatles' "Sgt. Pepper's Lonely Hearts Club Band" live, amidst other repertory that was usually considered beyond the reach of a lot of bands. And they cut a series of LPs as the Candymen for ABC Records. Ultimately, their gig with Orbison ended, and they were succeeded by a British outfit, the Art Movement, when the singer toured England. Buie's career as a songwriter and producer brought the members of the band, in conjunction with members of the Classics IV, into what became the Atlanta Rhythm Section, and a decade or more of hit records and healthy album sales. 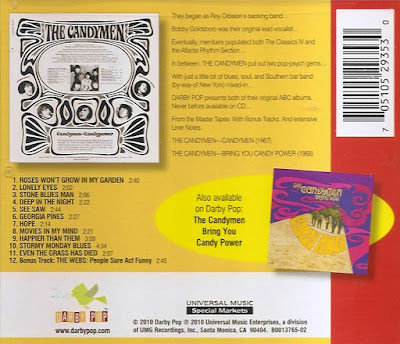