The Who ‎– The First Singles Box 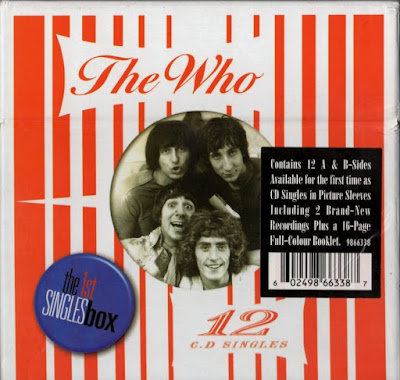 The First Singles Box (Polydor 986 633 8) was released in the UK in April 2004. In contrast to the nearly simultaneous US release of Then And Now1964-2004 (see Then And Now in Compilations), the UK got a box set of 12 CD singles, with copies of rare pictures sleeves and record labels from around the world. Also included was a 16-page book with the original press reviews of the singles. The twelfth CD was the new recordings ‘Real Good-Looking Boy’ and O’Old red Wine’. Polydor also issuedThe First Singles Box as a 7″ vinyl edition (Polydor 986 644 7).

A throwback to the era of 7" vinyl singles, the Who merge modern technology with a retro aesthetic with their First Singles Box. Featuring 12 CD singles in picture sleeves, the set contains classic tracks like "My Generation," "I Can See for Miles," and "Won't Get Fooled Again," along with their accompanying B-sides. And even though changing a compact disc 12 times doesn't quite have the same charm as going through a box of old vinyl, the set at least exposes a whole new generation of Who fans to the lost art of track pairings. 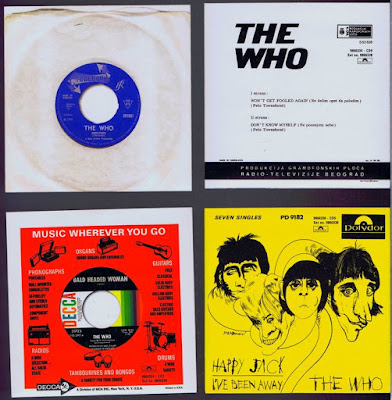 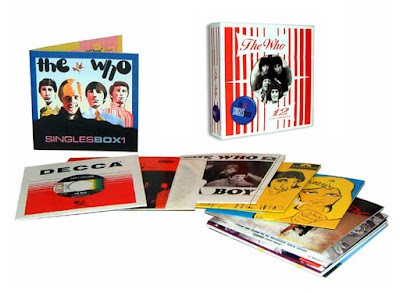 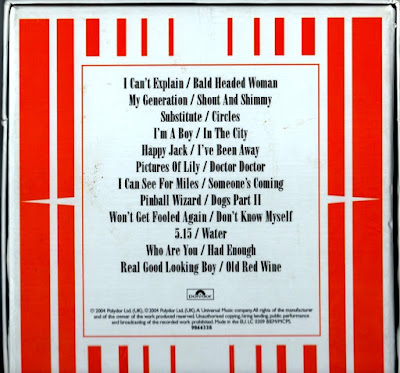 tags The Who ‎