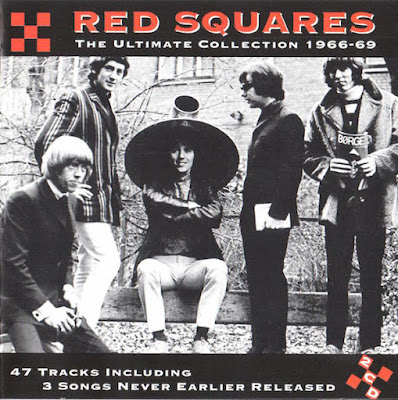 The Red Squares was formed in June 1964 by the group of young musicians (fronted by the lead vocalist David "Geordie" Garriock) from Boston, Lincolnshire, who went to France to play in American military bases. At Summer of 1965 the guitarist/vocalist Dave Bell returned to England and he was replaced by Mick Rothwell and another singer Howie Gee (Howard Goldman), who temporarily resigned and moved to Denmark with his girlfriend. However, Gee was soon to find out that Denmark would be an excellent market place for the British rock group and persuaded the rest of the band to join him in January 1966. During the first half a year in Denmark and Sweden they caused actual fan hysteria everywhere they performed. 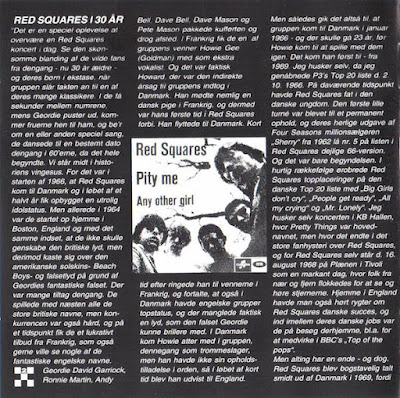 In March 1966, the original drummer Andy Bell left the group to be a journalist, and was replaced briefly by Howie Gee. Anyway, Gee didn’t have a work permit in Denmark, so he couldn’t stay in country, and Bell was asked to come back for a while before Mick Moloney joined in. By September, Garriock remained as the only original member, when also Ronnie Martin and Pete Mason quit, and were replaced by Stevie McGee (later him by Jahn Teigen from Norway) and Dennis Hastings. In December 1969 The Red Squares split up because of work permit problems which prevented them to locate in Denmark.
In the early 1970s, Geordie Garriock moved to Sweden where he recorded four 45s and an album in his own name. In 1975 he returned to Denmark and ran the group Squares with local musicians until 1978. In the late 1980s, Garriock and Gee decided to reform the Red Squares, and since then, they have been playing together.
During 1966-67, the Red Squares released two LP albums, had several chart hit singles (including the biggest ones "People Get Ready" and "Sherry") and in sum, enjoyed the largest idol worship than any other group in Denmark. Noteworthly, they didn’t play just basic British beat music but they were strongly inspired by black American r’n’b and even vocal harmony groups such as The Beach Boys and The Four Seasons. They also influenced a great number of Danish rock bands by themselves. 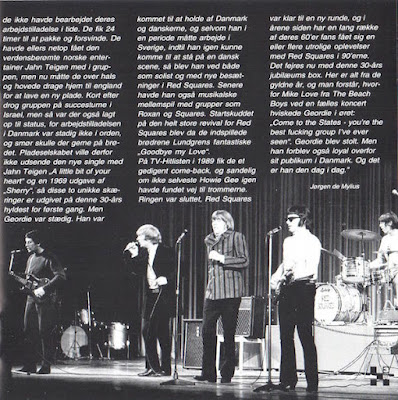 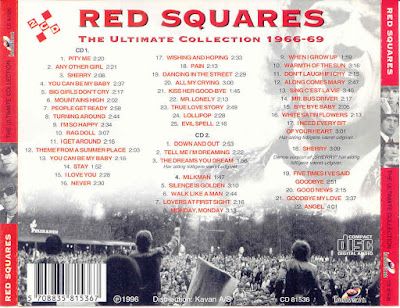