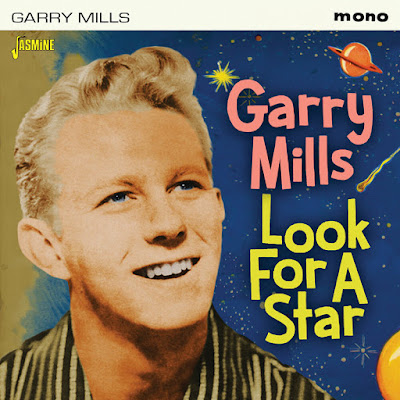 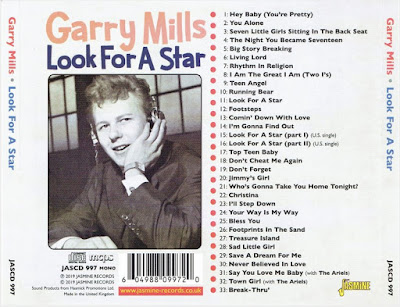 British pop singer born13 October 1941, West Wickham, Kent, England. Mills was the nephew of jazz band leader Nat Gonella. Like many other UK pop singers of the late 50s, he started at London’s 2i’s coffee bar and this led to his signing with Dick Rowe at Top Rank. He covered major US hits such as ‘Running Bear’, ‘Teen Angel’, ‘Hey, Baby’, ‘Seven Little Girls’ and ‘Footsteps’ before charting with the b-side of the last single. The song ‘Look For A Star’ had been written for the Norman Wisdom film Follow A Star but was actually used in the Hammer movie Circus Of Horrors. In America, Gary’s (he dropped one ‘r’ for the USA) original soundtrack version was joined on the charts by three local cover versions, and, although he made the Top 40 in 1960, the biggest hit was by his near namesake Garry Miles (aka Buzz Cason). The record was not only Mills’ biggest success, it was also the first hit for composer Mark Anthony, better known as Tony Hatch. Mills, who was backed on the road by the Flee-Rekkers, had two smaller UK hits with the follow-up ‘Top Teen Baby’ and ‘I’ll Step Down’ on Decca in 1961, and also appeared in the long-forgotten films London Nights and Treasure Island W.C.2.